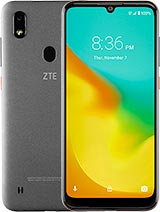 Have three phones got from Ebay,Google locked and worthless

Had this phone for 2 months now. Get it from Visible. It was great at first. And then the performance deteriorates fast. Now it is so slow not a day goes by that I don't need to reboot and clear the memory multiple times.

Had this phone less than a year, died! Would not power up, sent it back under warranty. They sent me a phone no one can hear me on, then wanted to charge me to repair the crap phone they sent. Stay away from this junk ZTE manufacturer. Glad I got the phone for free in the beginning, and I still feel I got over charged for all the hassle. Free cost a lot of time and frustration. I got what I paid for....JUNK!

HELP!!!!! i have this phone as a burner and it's having REAL problems. the bottom part of the phone overheats after 30 seconds of charging, almost to a point of burning. it literally smells cooked when I get too close to the charging port. I've tried different usbc cables and charging bricks, but nothing works. i really need some advice

joe nodden, 06 May 2020Why on earth does this have a MUCH slower chip than the A7, while also costing more, while als... moreAlso different markets around the world affect what prices you pay. The A7 and A7 Prime are marketed in different parts of the world, thus the price youre seeing.

Its not on ZTE.

joe nodden, 06 May 2020Why on earth does this have a MUCH slower chip than the A7, while also costing more, while als... moreThe ZTE Blade A7 Prime is a cut down version of the A7...lmfao

Gustaaf, 11 Jul 2020There is NO WAY this phone has a 2.0 GHz speed. My phone FROM VISIBLE has a hard time just ope... moreIt most definitely is 2GHz...its 2.0GHz on the old (4 years old) low powered A53 cores. GHz dont mean anything, if the architecture is garbage or designed to be low powered backup cores for low end 8 core chips. Which the A53 is both. This phone ALSO uses eMMC storae, which is sloooooooower than typical nand flash storage used on most phones.

This phone is ultra cheap. Its going to be slow, even if you think the CPU speed is supposedly "fast enough" to warrant a quicker phone. Its cheap for a reason.

GHz mean nothing for CPU speed. IPC does. GHz just means how quick the CPU can cyle transistors on and off lol

There is NO WAY this phone has a 2.0 GHz speed. My phone FROM VISIBLE has a hard time just opening chrome browser.I've performed 2 hard resets and got the security update. I really believe this phone is a knockoff.It's slower than the zte majesty 3 I traded in to visible for this phone.

Why on earth does this have a MUCH slower chip than the A7, while also costing more, while also being released at a later date? ZTE what is wrong with you?

a7prime is using the same GPU,CPU and CHIPSET from redmi 6a which is released 2018 .

Own this phone it has 4gb RAM not 3gb an amazing deal from visible. Excellent

Total of 13 user reviews and opinions for ZTE Blade A7 Prime.
ADVERTISEMENTS