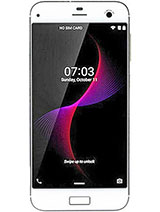 i want to buy this.its great

Phone is the best

Jlm, 07 Aug 2016Hi, do anyone know whether ZTE Blade S7 has notification LED light? ThanksYes, it does.

Hi, do anyone know whether ZTE Blade S7 has notification LED light?
Thanks

AnonD-377464, 19 Oct 2015Almost look like an iphone.. Home button should be circle though... But good design.. Thanksyeah, they should put home button to circle. also remember to make zte blade s7 plus version which run marshmallow 6.1. thanks

My phone fails to focus the objects when I take pictures. Does anybody knows how to fix this issue?

Just bought it. I'm very happy with it. The best value phone around with a 5" screen. Good camera as well. The only thing missing is the NFC.it looks really good to me! Vaguely resembles the iPhone 5s.

Is there retina lock in this device

the phone i looked for

I thought it was Samsung S7!! Misleading O:
Why not choose a different name?

Matthew, 20 Oct 2015It is octa-core. Did you see the specs? Yes you right its octa core. But one of slowest octa core i ever seen in mobile phones.
Most quadcore proccesors outrun this with ease.

Total of 67 user reviews and opinions for ZTE Blade S7.