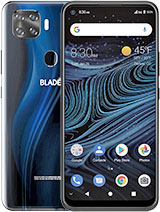 Ok I'm here writing this review here, in a site that I honestly didn't know existed till a hour ago, but while browsing online I came Across these reviews here for the phone I currently own and I'm using right now writing this review, and the reviews were mostly horrible! Heck if I didn't own one and was thinking of buying one and I saw these reviews, I'd be terrified to purchase it. But as it is, I've owned this phone now for ...... (Let me go check my visible account to exact date ...... Got it!) Over 7 months. I got it in the beginning on May. We're in December now. And this phone has been used heavily, daily, and has been blowing me away! I had a nieces wedding in the Summer, my whole family told me how freaking good n sharp my pics looked. Which phone was it?? A ZTE, A what??! So I have no idea what these people here are talking about, sounds like they either got a defective product, which happens with any brand or product almost. Or they're making it up. But my selfie camera works perfectly, I tested now to make sure after reading these reviews, I switched back n forth from back to front cameras. No glitch! Switched perfectly! My screen works perfectly, all 100% of it! And I've fallen and dropped it and banged it, God knows how many times. So idk what these reviews are about. I'm going 7 months of perfect smooth fast phone. And the hardware in it should tell you just that. It's the best hardware avail in even phones priced double than this. The only thing it comes up a little short in maybe. Is that it doesn't really have full 5G like The Samsung n apples etc do. It only has one type of 5G band, where as those have 2 (nm, and something else. Idk exactly) but still, even only this one supposedly weaker 5g band that this does have is giving me speeds WAY faster than 4G. So I guess it's good enough for me. But everywhere else this has not fallen short of any other phones costing double this does.
So please don't believe these outages wild claims in these horrible reviews. It's A GREAT phone!

Seems that I am having some of the same problems as far as some of the screen portions, more so the bottom 3rd, not working and the selfie camera not working at all(it goes to that screen but it freezes there, nothing, absolutely nothing on the screen works).
Yes the specs are pretty impressive on paper for the $360 I paid for but the more I use it the more it fails. Seems the paper the specs are on is of the toilet paper variety.

mcbreeden, 04 Oct 2021I bought this phone from Yahoo mobile and transitioned to Visible. About 3 months into using ... moreHello. I am having the same problem......Any updates? Thanks!

Purchased from Visible because it's 5G. Did not automatically change to 5G when near the antenna mast. Did not indicate 4 bars when one foot from 3 home cellular repeaters. I had the ZTE in one hand and a Samsung 10 in the other. I do not recommend because of the inability to provide reception that the Samsung did. It has great features, but ALL phones should be radio transceivers. This one performed poorly at what would seem to be its primary function.

I bought this phone from Yahoo mobile and transitioned to Visible. About 3 months into using the phone my selfie Camera started freezing up. Clearing cache only allowed you to use rear camera until you switched back to selfie which froze the camera again. I've sent the camera back to ZTE 3 times. The 1st time they reset the phone and "updated" software. It worked for about 2 weeks or less and froze again. The 2nd time I reset the phone before sending it to them and they sent it back to me because they couldn't find anything wrong with it. Less than 2 weeks later it started freezing again. If you reset the phone to factory settings with no apps installed it will work for awhile longer. On the 3rd return they sent me a new phone. (refurbished) and it last all of a week before the new phone Selfie Camera froze on me. There is something wrong with this phone and the camera is one of the top 3 most important things about a phone. It's not worth the headache, I'm seeing more and more posts of other people suffering the same fate.

Bought this phone through Visible. It was their least expensive 5G phone yet still had impressive specs. The camera cache has to be cleared every time you switch from the rear camera to the front and back again to fix the crash, and it does forget the bottom 5th of the screen every now and again. I fix that by moving around icons then putting them back. It is going back for warranty repair as the proximity sensor crapped out. It is a nice phone when it works, but it isn't nearly as reliable as the Samsung phones I've had over the years. I've only had it for 3.5 months. Not the best reliability.

Trash phone. Good camera but thats the only redeeming quality. Occasionally just forgets about the bottom 1/4 of the screen (button presses just randomly stop working in that area) it looses connection with and shows no bars in a place where wives phone shows 3. Apps dont actually close but remain open in the background, wont read a SD card to save its life. Ended up going through 6 of them including the one I originally had in my phone. Ended up accidentally wiping 6 years of phone pics. Never did end up reading an SD card. This phone is pure and utter trash garbage stay away!

I bought this phone through Yahoo Mobile which is on the Verizon network. About a week after getting it set up it dropped mobile service. I restarted it and it connected again. From that point on it would drop service about once a week and I'd have to restart it to get connected again.
Yahoo was sold and is dropping it's mobile phone division in 2 months. They recommended switching to the Visible phone service. I did that yesterday and got the phone switched to that sim card. It connected and I was good to go. Today it dropped service again and I can't get it to reconnect no matter how many times I restart it. Going to have to exchange it or get a refund after only 4 months of ownership...

I have Visible Wireless. The Blade X1 5g phone is $360 on their website. I got one and it is a fantastic phone. The camera is really good for being on a phone. I can take pro style pix without having to get my DSLR camera out.

Can anyone provide the nits?

Anonymous, 04 Feb 2021Where are the good specs?For the amount of the phone trust me no one else can touch these specs, and once you use it there is no going back to sub par phones by other companies. Samsung sucks balls compared to the price point of this phone and for 5G good God almighty I don't know how they do it.

This phone is great for its price. The 765 processor is snappy and fast. The only small thing that I've noticed after using this device is that ZTE didn't make the phone know how to properly manage RAM and the phone will sometimes crash. 128GB ROM 6GB RAM. I would like to say that the phone is a flagship killer, but that's not the case with this phone. As mentioned above, the phone will sometimes crash due to little or no RAM management. As with other ZTE phones that I've used in the past, the phone will most likely be stuck on the same version of Android it has shipped with.

joe nodden, 17 Mar 2021No I'm comparing the western pricing of the K40 to this thing's pricing. I would kno... moreInteresting the cheapest k40 I found was over 460$ and it ships from china.

ponk87, 16 Mar 2021Actually it is because what you are comparing is chinese pricing of the k40 compared to this p... moreNo I'm comparing the western pricing of the K40 to this thing's pricing. I would know, seeing as I live in the US and bought a K40 for $400.

joe nodden, 04 Mar 2021Buddy it costs practically the same as the K40. This ain't cheap. Actually it is because what you are comparing is chinese pricing of the k40 compared to this phone western pricing. The k40 won't be 320€ probably closer to 400€ at the cheapest.