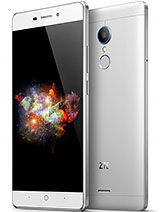 how do i update it to latest firmware ? mine was 1.07 version,
i tried to update it to 1.10 but it failed ,
i love this phone due to its awesome NeoVision camera, please help me

Anonymous, 20 Apr 2016I don't have any problem with this phone,... Works great, very smooth even I play Asphalt &am... morehow come ur battery is ok ? mine was draining fast , even worse when play game

Anonymous, 20 Apr 2016I don't have any problem with this phone,... Works great, very smooth even I play Asphalt &am... moreYhe battery is disaster for me , and microphone also bad quality , i got n939sc the gold one

Does this phone use micro SIM or nano SIM? or is it different for every country ?

..for those who had problems with a711 being HOT and LAGGY..turn on "force use GPU on 2D/3D" on developer Options..it helps :-)

i just bought this phone, and its a very decent phone and quite good for its price,
the camera, multi-effects, timelapse, slow motion,
the battery is quite poor at first, and after update it, the battery performance increased a little, so far so good, and its reasonable with its price

I don't have any problem with this phone,...
Works great, very smooth even I play Asphalt & Contest of Champion at the same time simultaneously, no laggy at all.
Battery ok, Camera, sensors work excellent,...

AnonD-520792, 31 Mar 2016hey guys im evans from indonesia, um anyway i do really wants to buy this kinda of phone, but ... moreYes. it solve some of the problem. but the battery still same.

hey guys im evans from indonesia, um anyway i do really wants to buy this kinda of phone, but looking at some of the reviews about this phone i found that, this phone is laggy, it goes blank screen, the signal services wont detected and the solution is , update to the newest frimware .
so have you guys update it yet ? does the prombles solve?
anyway i really need somehelp, i wont buy a damage product guys :(
thanks and have a good day

Good spec & value, bad UI. The phone has never had a problem.

Anonymous, 17 Mar 2016I want to buy this phone, but im confuse with the color. Should I buy gold or silver color? ... morePick the gold one IMHO. But it's depend on your taste I think.
Btw don't forget to update the software to the latest since they kind of drop the ball with the first version of it. It make your phone unusable after 15 minutes usage.

I want to buy this phone, but im confuse with the color.
Should I buy gold or silver color?
Help me choose, because i think the gold look more like bronze and the silver its plain

I buy the end of February 2016. The device has several problems such as: 1) signal is often lost, the device became hot and the batteries run out quickly. 2) Device can not receive incoming calls, or reject incoming calls. 3) If an outgoing call, the call lasted only 13 seconds and then loses itself (call failed). The device I sent back to Lazada to do replacement with a new device. However, devices that exchange is also experiencing the same problem. How can I fixed it?

I got mine last Friday. I am absolutely contented with this device. It doesn't look cheap as its price, it is far far beyond the price. I was told by a salesman from SM that Iphone and ZTE have the same manufacturer. I was'nt surprised at all because the specs are really good..camera, speed and resolution are all GREAT!! Kudos to ZTE!! I just noticed that the battery quite runs out easily, i was thinking if I was a heavy gamer? I thank God I found this handset...Good job to Lazada also for the very fast delivery!

Shafira, 14 Feb 2016Which one do you think is better? this one or coolpad shine? i'm confusedOfcourse shine!! Its really good

Reiko, 22 Feb 2016hardbricked my phone.. doesn't turn own but led blinking if connected to computer or charger..... moreBattery problem.....

hardbricked my phone.. doesn't turn own but led blinking if connected to computer or charger.. how can I fix it?