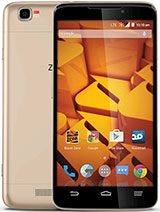 I have one but the digitzier does nothing at all meanwhile the screen shows stuff. Do I need to replace it?

awesome phone
i have 1

AnonD-536276, 11 May 2016Boost max plus is good I haven't had any problems at its alot of cry babies about this device ... moreyeah there are probably so many cry babies about this phone because ZTE makes consistent garbage with an occasional decent phone. I have had two ZTE phones with different carriers and both were buggy and the MAX has started this thing where after only two months on use and no damage it keeps sending people 1

AnonD-536276, 11 May 2016Boost max plus is good I haven't had any problems at its alot of cry babies about this device ... moreYour zte sucks girl speed is better it even wont shut off

Zaydia, 08 Aug 2015WORST PHONE EVER! Purchased brand new about 7 months ago. Phone started powering off by itself... moreBoost max plus is good I haven't had any problems at its alot of cry babies about this device maybe u just got a bad one no phone is perfect even u spend 700 bucks for Samsung they sale faulty phones too for 200 bucks what do you want. But in reality this phone is great keeps up with any flagship device. Need I say more I've had nexus 6 note 3 and 4 and 5 . Axon pro and boost max plus is fast enough to keep up good luck people's

My wife and I both have this phone,I have some things to say:
It does have an SD card
I has 16 GB storage
It has Android 5.1
it has NEVER freeze,crash or reboot on its own.
The battery last 2 days (48)hrs with normal use.If I don't use it much it last 3 days
Other phones (like LG Stylo) have the "same screen size" and smaller body because the home,back,and settings buttons are placed into the bottom of the screen and they "steal" about 1/2 inch of the screen and therefore they have a smaller screen.I have a Stylo and it has a smaller screen because the home,settings and back buttons,I prefer the ZTE N9521.
I purchased this phone with cracked screen for $20 and purchased a New OEM Frame and screen Assembly for $32.Total cost of phone $52

My girlfriend and I both have this phone and it is mostly a hunk of crap. both of ours freeze when we are not even using them and we have to hard reboot them about 5 times a day. I had the Max before this and it worked perfomance wise alot better. might i just add that this page says there is no SD slot and there indeed is.

this is one of the worst mobile , iam not able to acessess properly.,.,.,....dont take it

look at size of the phone ???
note 3 is much smaller and has the same screen

Are You Nuts ? this phone is announced in July 2015. and you are telling us about seven months ? i guess you have time machine or something ?

WORST PHONE EVER! Purchased brand new about 7 months ago. Phone started powering off by itself(even with it being charged). After a few hours it would turn on by itself . Until one day it just didnt turn back on at all. So I returned it under warranty( 2 weeks without my phone). ZTE rep advised that they had sent out a new one since they had been unable to repair. Received the NEW ZTE MAX phone and had a 50% charge upon arrival, so I connected it to charger. I checked on it a few hours later and charge had gone down to 29% , left it overnight and in the am it was still @ 29% charge. I called ZTE and they advised me to ship it back. At this point I was already upset but I shipped it back under the warranty. I will finally receive the phone back BUT now ZTE is telling me that they sent the broken phone back to me because it had WATER DAMAGE and is not covered under warranty. Phone never even came near water in the 1 day I had it out of the package charging you MORONS. I truly believe that they never sent a new one at all. What they sent was the same phone that had the SAME issue to begin with. ZTE has lost a customer today.

how much user memory

No SD card, no removable battery. 16gb only. No sale.