ZTE has just announced the ZTE Geek smartphone at IDF in Beijing. It features a 5-inch 720p display and is powered by the Intel Clover Trail+ platform (the same as on the Lenovo K900). 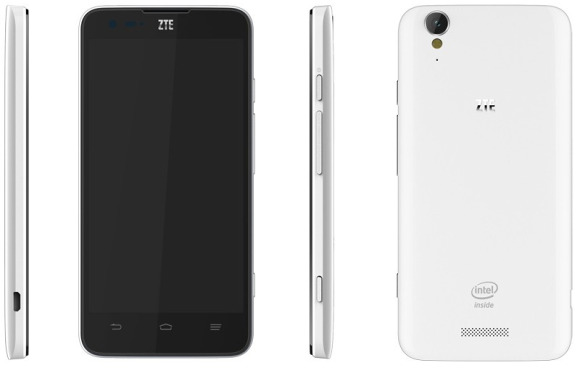 The Clover Trail+ inside the Geek packs a 2GHz dual-core Intel Z2580 processor, PowerVR SGX 544MP2 graphics and 1GB of RAM. The rest of the specs include 8GB of internal storage, an 8MP rear and 1MP front-facing camera, powered by a 2300 mAh battery unit.

There is still no official info on market availability and pricing.

I hope this is launched to international markets on day one.

You might have a high tolerant for lag, but my Galaxy S2 is laggy for a dual core compares to single core Lumia 900 and iPhone 4. There are plenty of videos showing lag on Galaxy S2 too of you want to see.

What, you use OSx or Linux? Very funny. As a PC gamer if I ever have to use OSx to play AAA games I'll buy a console. Linux? I don't see that picking up enough anytime soon. Little user base= Little support. You can always use windows 7 anyway, bi...