The ZTE Grand S II Dual existence has been confirmed by the AnTuTu benchmark database. The phone is the successor of the ZTE Grand S and all the information available right now is its AnTuTu score. 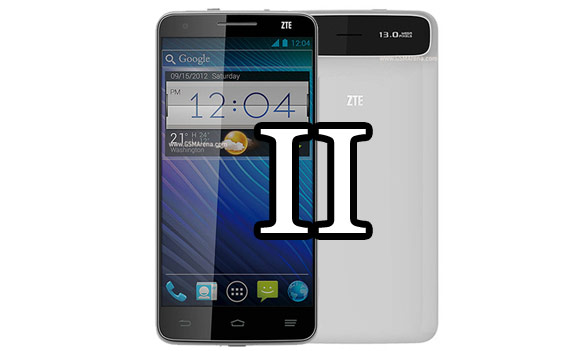 The ZTE Grand S II Dual managed to score a cool 33,357 points, which puts ahead of the competition in terms of performance. Its predecessor ran on the quad-core Snapdragon S4 Pro APQ8064 platform, but judging from the benchmark result the upcoming smartphone is likely to sport a Snapdragon 800 chipset.

If the Grand S II Dual's result is correct, it beats the Samsung Galaxy Note III by a bit over 2,200 points. That's impressive, considering ZTE is likely to be very aggressive with the phone's pricing.

ZTE is presumably going to make a single-SIM version of the Grand S II as well. The current Grand S sports a 13MP camera and a 5" 1080p display - hardware we assume the upcoming smartphone is going to keep. We hope the Grand S II keeps the 6.9mm slim waistline too. We'll keep you posted as new information comes up.

Actually ZTE Grand is the most interesting to me and this is so helpful post thanks to writer for writing this post.

Someone please, please make me a computer that I can efficiently talk to. Google glasses or any other kind of computer glasses are no use if you still have to look at a keyboard or touch screen to use them. The next really big revolution in computing...