ZTE Grand X 4 gets unveiled for Cricket, available this Friday for $129.99

ZTE's Grand X series is still going strong. Following the Grand X 3 from January, today the Chinese company has unveiled the Grand X 4 for Cricket. The smartphone will be available from the AT&T-owned prepaid brand this Friday, on November 18 - both online and in stores. Its price will be just $129.99, no long-term contract signing involved.

So what do you get for the money? Obviously not a high-end device, but the Grand X 4 does have decent specs. It sports a 5.5-inch 720p touchscreen with Gorilla Glass 3, the Snapdragon 425 chipset (with a 1.4 GHz quad-core Cortex-A53 CPU), 2GB of RAM, 16GB of expandable storage, a 13 MP main camera with LED flash, a 5 MP selfie snapper, and a 3,140 mAh battery with Qualcomm Quick Charge tech. 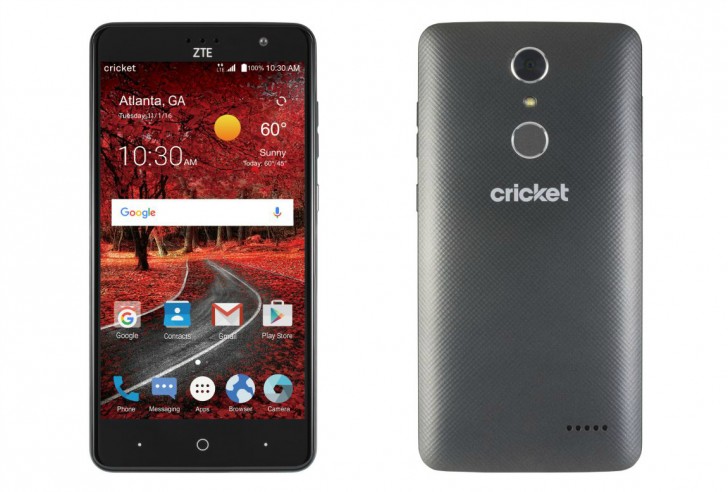 The Grand X 4 runs Android 6.0 Marshmallow and it features a fingerprint scanner on the back. Compared to the Grand X 3, the new model has a better chipset, higher-res cameras, a bigger battery, and newer software on board. So it's clearly an upgrade from its predecessor at least.

its a upgrade fee

no it is built in

Can you replace the battery?