ZTE is announcing a new nubia smartphone on October 17 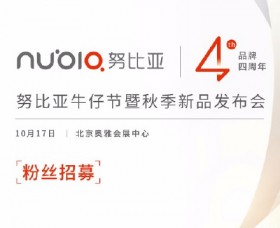 ZTE has announced that it's holding an event on October 17 in China. It's nubia-related, and it looks like we're going to see a new smartphone from ZTE's sub-brand on that occasion.

Exactly what device that will be is unclear, but rumor has it the nubia Z11 mini is getting a slightly enhanced successor of sorts. This might be called nubia Z11 mini S, and it should feature a dual rear camera setup. Whether there will be any additional changes compared to the already launched non-S nubia Z11 mini remains to be seen, because we haven't seen any big leaks on this front yet.

Next week is shaping up to be pretty big for Chinese smartphone makers. Following ZTE's event on Monday, Huawei will unveil the Honor 6X on Tuesday, and then on Wednesday Oppo will make the long-rumored R9s official.

Lol there are S versions of mini phones now?