ZTE just launched a VR headset to go with Axon 7

The ZTE Axon 7, just announced today, boasts quite a serious flagship-grade specs sheet. And if you are aiming for the top, you better go all out, a lesson the Chinese OEM seems to be putting into practice with the ZTE VR.

Details about the virtual reality headset are still mostly unavailable, but going by the official render ZTE has provided, there isn't really much room for surprises. It looks to be ZTE's take on the Samsung Gear VR - more or less a holder to place the Axon 7 a few inches away from your face and let it do most of the heavy lifting. 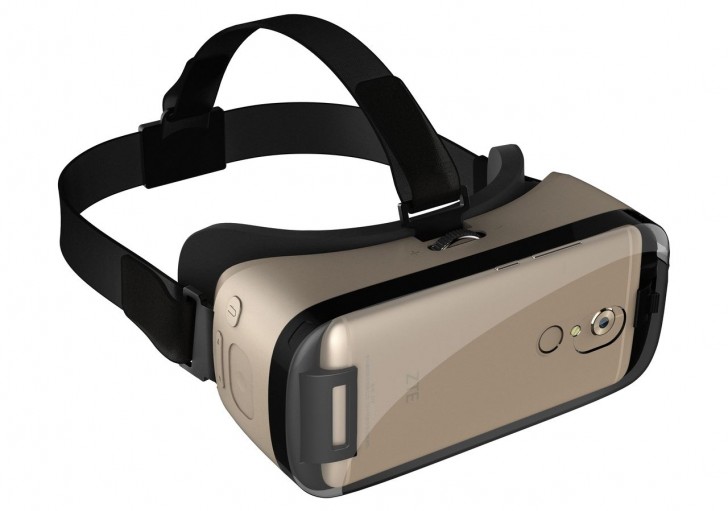 Just like the Samsung Gear VR, there are a few controls on the side - a rocker, single action button and a touch pad to swipe and navigate around. There is also a focus wheel on the top. ZTE has also shared that the unit has a 9-axis gyroscope inside to aid in motion tracking - neat!

The only other thing that was mentioned for the ZTE VR is that it will support Android's Daydream VR, which was introduced at Google I/O 2016. However, that might prove to be a bit of a cryptic statement, as the particulars around Daydream are still unknown and it doesn't help either that ZTE has been tossing around claims of Daydream compatibility for the Axon 7 handset as well.

Either way, in its current state, the ZTE VR should be pretty close to its Samsung counterpart in terms of experience, although, perhaps, with even less content to go around.

Happy for you. Update me about it on this thread. Can't believe I got a reply from something I post last May. ^^

Heck I'm interested. I just preordered an AXON 7 and I am excited that it supports DayDream while Note 7 does not. I already have a s7Edge and Gear VR setup and I'd love to get my hands on one of these VR units to compare it to. I just emailed ZTE ...