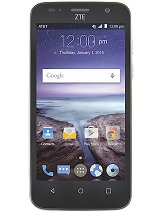 I received the ZTE Maven II as a free uprade from my old ATT go-phone (flip phone). I am impressed with this phone mostly because it doesn'T have any bloatware installed on it (just the basics).
It does most of the things you would expect a smart phone to do (browse, email, nav. etc.) and the picture quality isn't bad for a 5MP camera. All in all I would recommend this phone to anyone looking for a cheap smart phone.

purchased as a temporary backup phone for $40. Gets the basics done, not too much else. Its alright for the price.

this phone sucks. the reasons being is that it is the most laggy phone that i have ever used, it oveeheats way to easily, and have i ever mentioned its poor quality interphase the original launcher is so bland that even a brick wall would look more better didighned, or the keyboard size, its so small! i just type and i'm pressing completely differant letters. point being, choosing this phone over a htc was the biggest mistake

One of the best things about this phone is that you don't have to use data to send pics.

One of the best things about this phone is that you don't have to use data to send pics.

It had a horrible glitch that left my phone unusable. I had to factory reset it and even after that the glitch was still there. The camera is awful. There's no storage space by it's all filled with bloatware.

This phone is horrible, the camera sucks and the entire phone is glichy, unfortunately my parent picked it out and signed a 2 year contract. DUMASSES!

It is an okay phone, wouldn't recommend it though. After a system update I had no control over, I was no longer able to get my apps to stay on the home page due to a glitch. Although it is cheap, I had better cheap phones than this or just save and invest in a more expensive one that will last a longer time than this cheap phone.

This phone is a piece of crap, I only had it for three months and it is already messing up on me. The other day it just totally froze up on me and I have nothing downloaded on it. I bought an SD card for it to get more memory and the phone says I am still running out of space.

I ran out of storage really quickly. After less than a year of owning it was glitching all the time. It would sometimes shut of when I'm in the middle of doing something. Also when ever I would turn it off and on some of the apps on my home screen would not be there anymore. When i tried to put them back on my phone would freeze again. Then my phone was working fine without anything wrong with it; i locked it to do something else then I try to go back on my phone and it does not turn on. My power button stopped working and without a real home button the only way to turn on my phone is to plug it in. Overall if you want a short time fix it is Okay but if you want a phone that will last you over a year not recommended.

Anonymous, 27 Jun 2016Almost identical problems. Did your phone happen to begin closing itself in a crash like manor... moreDid you ever figure out why its doing this. Mine started doing the same about a week into having it

Mirlan, 09 Aug 2016A dream phone! Long battery, excellent screen resolution, great price, and a beautiful minimal... moreDowngrading to 4 stars. There are some minor design annoyances in the keybkard, muting the ringer, etc.

For a basic phone this is petty good. The only thing is that the AT&T Go Phone version is loaded with bloatware! So after setting the new phone and updating the apps, there is only 1GB left!

Disabled all the bloatware and uninstalled the updates for them and after that, there is another 700MB available. So you'll need to keep cleaning the phone up if you plan to use it for a while.

Really hope this thing can be rooted and hopefully unlocked. Wondering any one tried yet?

I can only view in the negative (black and white). Does anyone know how to change to correct this?

A dream phone! Long battery, excellent screen resolution, great price, and a beautiful minimalistic design that I can only describe as inspired. Transferring the SD card from my old phone solved the memory issue, and I don't need high-quality photos.

Have had this phone for a few months now, worked fine up until today when the bottom apps on the home screen started to bind together and it would flash my background and take me to the task manager. I can only use apps that Ive already used. I can't figure out what's wrong.
I updated everything, there aren't any system updates. I dropped it once but that was onto my face this morning.
I honestly can't figure out what's going on with this phone

Incrediulk, 04 Jul 2016I somewhat agree with the customer saying about the phone getting hot,I think a phone getting ... moreHahahaha I am curious as to what phones you had prior. Everything you described is wrong. The phone is ridiculously slow. The camera is horrid. The only thing good about this phone is the price

Cheap phone and that's what it is cheap.
Horribly slow. Phone has a mind of its own.
Picture quality is absolutely horrid especially through the front facing camera. There are far better phones for a few more dollars.