ZTE is looking to expand its portfolio with a new huge device, according to a leaked image from China. Codenamed N988 the smartphone is said to be running on Android 4.1.2 Jelly Bean, has a mammoth-sized 5.7" display of 1280 x 720 pixel resolution, 2 GB of RAM and could be running on either a Snapdragon or Tegra 4 chipset. 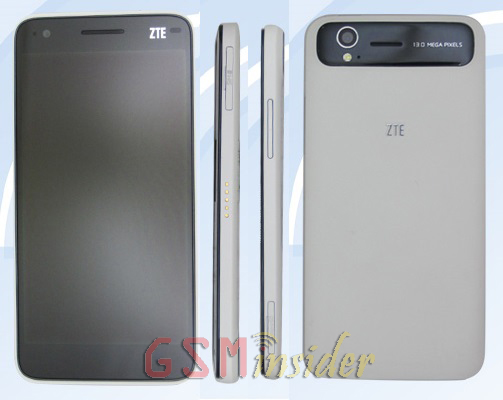 The front-facing camera is a 2 MP unit while the back one is said to sport a 13 MP sensor. There's Bluetooth, microSD card slot, FM Radio, GPS - the usual suspects.

The N988 will reportedly have a 6.9 mm waistline and weigh just 110 g. The body appears to utilize a unibody construction as there are two covers on the right side for the SIM and microSD card.

Finally the device allegedly was approved by the Telecommunication Equipment Certification Center MIIT in China. There's no word on either pricing, availability or the official name just yet.

It is a good smartphone

may i know people unlike phone

I don't know about you but, that does not look like 6.9 mm and 110g at that size is impossible.