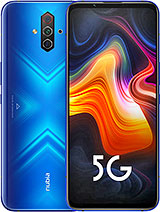 Keashin28, 31 Aug 2020Can people stop comparing this to the rog phones this phone is still powerful yet AFFORDABLE This isn't powerful.

sq2013, 01 Sep 2020What are you talking about? Yes, the 765g isn't an 800 series flagship chipset but it... moreUgh I don't get why you people always bring up gaming when performance is mentioned. This isn't a OnePlus phone, the UI isn't perfectly optimized. There will always be stutters or slow downs in certain parts of the OS that ruin the experience. A better chipset helps eliminate that.

But if you're obsessed with gaming and wanna talk about it, sure. Don't bring up PUBG. That game was released when Qualcomm's most powerful chip on the market was the 835.
That game runs on my OnePlus One from 2014. And apparently you can't read because you mentioned Asphalt in a reply to my comment that said word for word, "Racing games are almost always easy to run." COD Mobile I don't have experience with. (Mainly due to the fact that it was filled with bots making my kd 6 times higher than it should've been) Try demanding games like Fortnite or ARK if you wanna talk performance. (I don't care if you like or dislike Fortnite, I'm using it because it's demanding, and not as irrelevant as Real Racing 3)

You whiners who always settle for less also love putting words in my mouth. Never said everyone needs an 865. I said word for word in an earlier comment, "I bet they could've easily gone with a vastly superior Dimensity 820 if they just waited a single extra month to launch this."

joe nodden, 26 Aug 2020Bruv the ROG Phone 3 has a godly main camera. The ultrawides meh. And the macro lens is useles... moreWhat are you talking about? Yes, the 765g isn't an 800 series flagship chipset but it's not slow. Have a look on reviews on youtube. It copes fine with pubg, COD, asphalt etc. It's not a snapdragon 710 or 712 and even those chipsets can maintain a steady framerate at medium graphic settings for high end gaming titles. Are you saying everyone who wants to game has to get a flagship cpu like the sd855 or sd865? That's ridiculous to say and just factually incorrect. Yes, a snapdragon 865 us the best around but not everyone has 800-1000 euros to spend. You sound like a snob. I suggest you look at this link and it might enlighten you. This article is penned by people who do this stuff for a living

Anonymous, 18 Jun 2020If this "gamer" phone had 3.5mm jack and OIS it would unironically be the best mid range phone... moreNo midrange phone has ois. This is reserved for flagship phones. Even camera centric midrange phones like the xiaomi mi note 10 lite doesn't have ois. Name me one sub 400 euro phone which has ois? Doesn't happen. Ever. The exclusion of ois is clearly not a minute cost cutting measure. If it was many midrange phones would have it. The Pocophone f1, a midrange phone with a flagship processor, which had aspirations to be designated flagship or at least a flagship killer, didn't have ois.

joe nodden, 26 Aug 2020Bruv the ROG Phone 3 has a godly main camera. The ultrawides meh. And the macro lens is useles... moreCan people stop comparing this to the rog phones this phone is still powerful yet AFFORDABLE

six9ine, 25 Aug 2020you must be crazy have you seen the asus rog phone 3 review those cameras are also useless bec... moreBruv the ROG Phone 3 has a godly main camera. The ultrawides meh. And the macro lens is useless. I'd much rather have those cameras over the Nubia Play's or my phone.
Don't know what your point is.

I don't know what Real Racing 3 is like performance wise but it's a racing game. Racing games are almost always easy to run. I don't know why you would bring up an unpopular not demanding game when talking about performance unless you were using it as an excuse because you know how weak the 765G is.

joe nodden, 24 May 2020Why would I, or anyone for that matter be satisfied. The main aspects of a phone are the camer... moreyou must be crazy have you seen the asus rog phone 3 review those cameras are also useless because it is meant for only gaming
and the soc 765g is not bad just cause you haven't used it doesn't mean it's bad it never lags and can go 144fps on real racing 3 consistently so get your facts straight

Anonymous, 18 Jun 2020If this "gamer" phone had 3.5mm jack and OIS it would unironically be the best mid range phone... moreIt's a pity. So close yet so far.

If this "gamer" phone had 3.5mm jack and OIS it would unironically be the best mid range phone on the market. Clowns, always screw up by cutting the most minute costs.
Having 3.5mm makes a lot of sense for gamers since long periods of headphones use is likely to wear out their bluetooth headset batteries.

RishadEH, 10 Jun 2020I don't think you can compare this to other gaming phone's. Gaming phone's usually have the b... moreWell brah, i think it's a gaming phone but just a budget friendly