After a number of gaming flagships, nubia launched the midranger nubia Play. Initially released in China, the phone is likely to appear outside the domestic market but under a new name name.

The Nubia NX651J phone, which is the model designation of the nubia Play, was certified at the GCF (Global Certification Forum) and EEC (Eurasian Economic Commission) with the name Nubia Red Magic 5G Lite.

The phone brings plenty of exciting specs, including a 144Hz refresh rate of the AMOLED screen and 240Hz touch sampling rate. It brings a clean design on the front with no cutouts or notches - the selfie camera is hidden in a full bezel on the top. Its gaming nature is also evident from the two capacitive shoulder buttons. 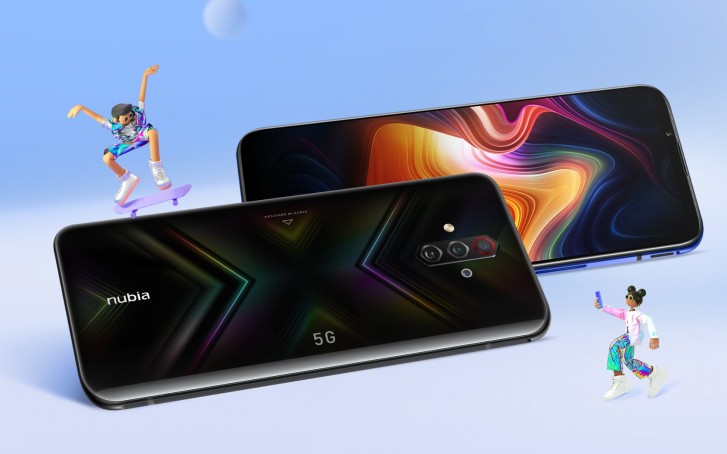 However, this phone is aimed at mobile gamers on a budget, so the nubia Play doesn’t have the mightiest specs on the market like top-tier chipset or memory - there is a Snapdragon 765G SoC, coupled with up to 8GB RAM. At least there is a massive 5,100 mAh battery that comes with 30W fast charging.

Considering Nubia have been making amazing gaming phones, and that the 765g is a really great mid range chip, I'd be lying if I said this phone isn't going to sell a butt load in countries where people want gaming phones, but don't want to sell their...

Only because of the bigger battery, I might be interested. However, they BETTER not give it the same LTE bands as the Red Magic 5G. They moved a couple key ones I need for my carrier so if they do it again, I can't use it to is full potential.

I am getting this phone! An upgrade to 768g in the global version would be even better.