ZTE Nubia X6 to have a 75MP camera? Probably not

ZTE is continuing to tease the Nubia X6 flagship smartphone on its Weibo account. The first image calls the upcoming phone an “unstoppable metal temptation” and shows off a portion of the phone’s metallic build.

The ZTE Nubia X6 will reportedly be thin and with slender bezels. Other teasers promise a big battery, stereo speakers and optically stabilized camera.

A post by analyst firm Mobile China claims the Nubia X6 will have a 75MP camera and ZTE’s Weibo account reshared that news teasing an alleged sample photo.

Here’s the image below, keep in mind the image measures 11,520 x 6,480 pixels but weighs in at just 4MB. The image quality is pretty poor, which combined with the small file size leads us to believe this is a simple hoax with an upscaled image. 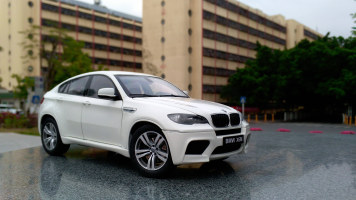 Oppo’s upcoming Find 7 was supposed to have a 50MP sensor, but that seems to have been wrong too.

Camera not woking nor flashlight