ZTE hasnt exactly managed to keep its next flagship phone a secret. There have been a lot of spills regarding the Nubia Z9, including an alleged live shot of the device. Furthermore, the phone is really bound to come sooner rather than later, considering that ZTE has already made a Nubia Z9 Max and a Nubia Z9 mini official. All that is left in the picture is the standard model.

Today, a new set of leaked images of what is said to be the device's frame has surfaced, giving us a few more bits and pieces of information. In the said photos, we see a metal frame, indicating that the ZTE Numia Z9 will spout a pretty premium design. Sadly, however, neither of the two shots shows a clear view of the back side of the frame, making it unclear whether the phone will have the same metal finish on the back, or go with similar design to its siblings, which are metal just along the sides. 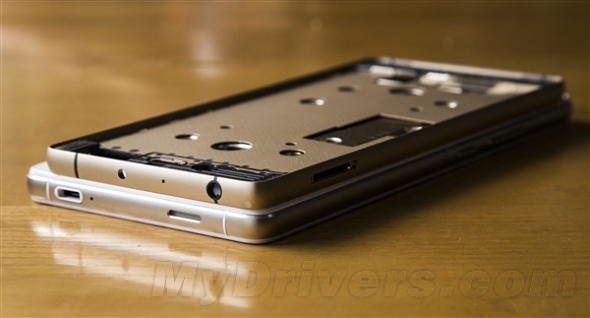 Even if the frame does get covered by a glass, plastic or perhaps even bamboo finish, as is with the two aforementioned phones, the fact that the phone has a metal cage is pretty indicative of its overall build quality. Another important piece of information that can be deduced from the photos concerns the phone's screen. We can clearly see that the frame is intended to hold a panel, extending pretty much edge-to-edge and if the previously leaked live shot is any indication, it should all add up to a bezelless design.

Overall, the approach to the front panel looks quite similar to the one on the Oppo R7. So, perhaps the ZTE Nubia might leverage a similar optical technology to achieve its edge-to-edge effect. 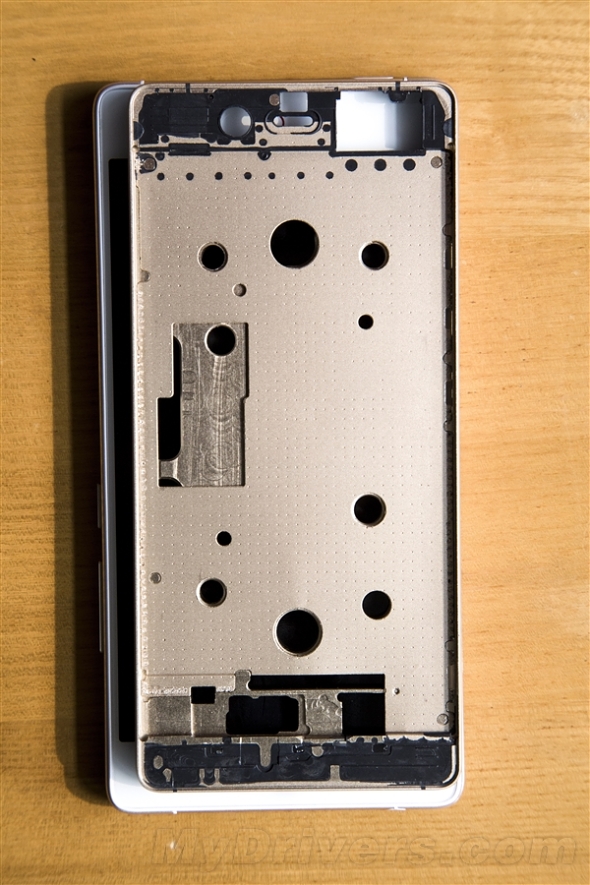 There is one more observation to be made. In both photos the frame is placed on top of the Nubia Z9 Max. Considering, that it has a screen size of 5.5-inches, it is safe to assume that ZTE has gone for a 5.2-inch display in the Nubia Z9. This pretty much covers everything we currently know about the Nubia Z9, but it shouldnt be long now until we see more of it, perhaps even an official announcement from ZTE. We will be sure to keep you updated.

haha samsung is the one who copy form everyone

Any chance this phone is going to be sold in the UK and if so when? Looks very Apple style.