So, the ZTE Nubia Z9 mini was deprived of the defining feature of its bigger sibling. No edge-to-edge screen, so why bother?

A bezel-less screen is probably the Nubia line's best shot at getting out of obscurity in markets long cornered by the prominent names in this industry. What would the odds be if you take that special feature away? A Chinese brand selling mostly at home and doing good business in India against the likes of Sony, Samsung and LG.

If you think about it though, all the praise and positive publicity the bezel-free Nubia Z9 is getting will be worth nothing if the price tag scares you away. We're not saying it's not fair for what the phone offers but's it's serious cash for a phone from a second-tier maker. 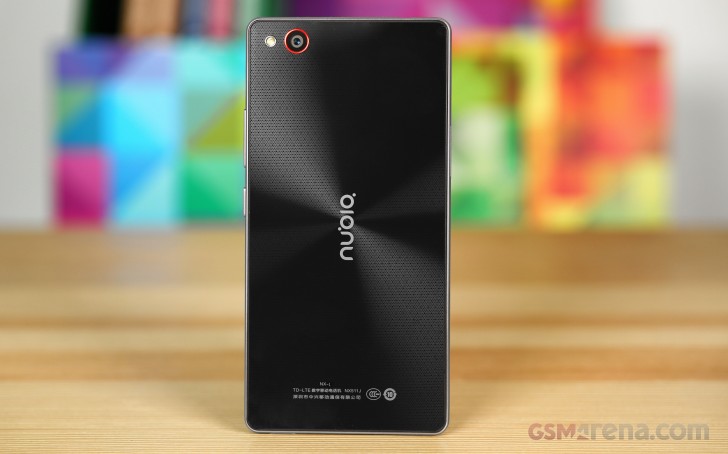 In comes the mini at half price. Mind you, the mini moniker is rather misleading here- with a 5" Full HD screen, Lollipop, a capable camera, LTE and a solid chipset by a respectable vendor. A good-looking handset too, with a distinct face. The plastic mini looks almost as impressive as its bigger sibling, which got treated to a glass unibody. However, the mini's removable cover helps customizability and lets you pop in a memory card.

The Nubia UI is visually appealing and has some extra functionality baked right in. The Z9 mini packs an impressive camera for the price range too. The 16MP Sony-made primary unit produces beautiful photos and the pro mode and extra filters help enhance the imaging experience. The 8MP selfie cam rounds off a solid package.

The Z9 mini is built on the Snapdragon 615 SoC, which powers devices by the likes of Samsung, HTC, Sony, Motorola and Oppo. Integrating Cat. 4 LTE and dual-SIM support the Qualcomm chipset has become the popular midrange choice.

If ZTE is going to compete with the above in the Western hemisphere, the decision seems justified. Samsung's Galaxy A5 and A7 are a good example of what the Nubia Z9 mini will be dealing with. Part of Samsung's new metal-clad lineup, the pair looks sharp with both phones notably slimmer than the Z9 mini. Each offers a Super AMOLED screen and you get to choose the level of equipment that fits your budget. The cheaper A5 is powered by Snapdragon 410 and has a 5" 720p screen. The A7 offers FullHD resolution on a 5.5" diagonal and a Snapdragon 615 SoC.

The Sony Xperia M4 Aqua is roughly the same size and level of equipment - it fails to match ZTE's FullHD screen but tries to make up for it with water resistance. There is also a dual-SIM version, so Sony has that covered as well.

Domestic rivals Huawei have beaten ZTE to a European release of their Honor 7. It seems the right way for the Nubia Z9 mini to respond to the headstart and superior equipment is a competitive price. The super-slim Oppo R5 is another challenger from China to watch.

By the way, ZTE is perhaps learning from its compatriots - Nubia is being positioned as a premium brand with no reference to ZTE on the device itself. Quite like the Honors by Huawei used to be when the company was first arriving in these parts of the world.

Anyway, while Huawei and Oppo are relatively easy to compete with on price, ZTE may struggle to profitably match the discounts offered by Xiaomi and Meizu. The Meizu m1 note is slightly bigger than the Z9 mini with a 5.5-inch display and is powered by a Mediatek chipset, but we found it to be near unbeatable value for money in our review. The Xiaomi Mi 4i is looking no less threatening with Lollipop and Snapdragon 615 for a fraction of the Nubia Z9 mini's price.

So ZTE have a tough riddle to solve. Phones by the major brands are more expensive but they are often being subsidized and ZTE should be trying to secure carrier deals to neutralize that advantage. All the while working hard on Europe and US-friendly software.

In the meantime, the mini will no doubt benefit from the bezel-less screen hype around the original Nubia Z9. No infinity screen here obviously but therefore 50% off the full price. If it sounds like a fair deal, the mini won't disappoint. It won't surprise you either.