ZTE has announced a new smartphone today. It's called the Star 2, and interestingly this is not the device we've seen getting certified for sale in China by TENAA only a few days ago. Design-wise, it's very close to its predecessor, the Star 1, which was unveiled back in April.

But the Star 2's main claim to fame is its extensive voice control support. This isn't just an app - you can do a lot of stuff just by voice. Opening, exiting, and switching between apps, snapping pictures, playing music, and much more. For example, if you lift the phone to your ear, it will ask you who you want to call. The voice control system is active even when the phone isn't connected to the Internet, and ZTE boasts that it has a response time of 1.2 seconds and a 90% success rate even in noisy environments. 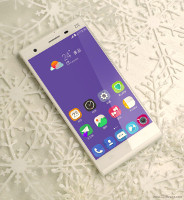 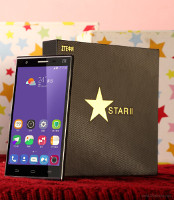 When it comes to hardware, we're looking at a 5-inch 1080p touchscreen, a 13 MP rear camera with dual-LED flash, as well as a 5 MP wide-angle front camera. Running the show is a Qualcomm Snapdragon 801 chipset with a 2.3 GHz quad-core CPU, 2GB of RAM, and 16GB of built-in storage that's expandable via microSD cards.

this phone is which date to lanch in india ?

This is a really C.R.A.P. phone if you compares with SAMSUNG GALAXY K ZOOM SM-C115.