The ZUK Z1 is supposed to be an "out of the box" device, at least outside of Lenovo's usual box. Lenovo will soon move its mobile division under the storied Motorola brand for better name recognition in the West, while backing the ZUK startup.

The Z1 doesn't live up to the outsider status, phones with 5.5" 1080p screens and a mid-range price are the most popular category these days. Its two advanced features - fingerprint reader and optical image stabilization - are rare, but can still be found in similar devices. The 8MP selfie camera is great, but not unique either. 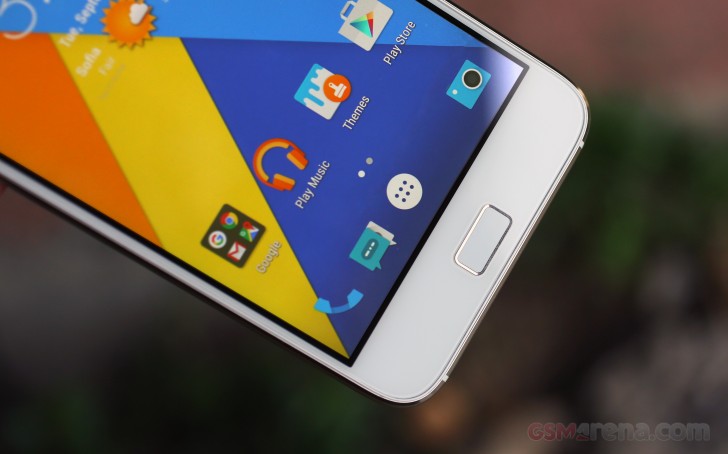 ZUK put together some very good quality hardware. The screen (with a bit of tuning) is very accurate color-wise, bright enough too, the metal frame is sturdy, the chipset does great for gaming and the camera hardware is solid.

Unfortunately, the phone is somewhat let down by the software. The software package feels superficially familiar, but that's because many apps are based on AOSP code. The Cyanogen-customized apps were often disappointing, the camera is the easiest example - it fails at 1080p@30fps, while Google Camera does it easily. The video player software does not do the hardware justice either.

There's another issue, the software updates, but it's not what you think. They are too common. Yes, it's great that any issues are fixed quickly (e.g. Stagefright is already patched) and that new features arrive quick, but we quickly got tired of waiting for the "Android is upgrading..." screen to complete. It just feels like we've flashed an unofficial Nightly CyanogenMod ROM on it.

Much like the ZUK Z1, the Motorola Moto X Play is at an arm's length from the Lenovo parent. It has a 5.5" 1080p screen in a more compact but thicker body and a 21MP main camera. It doesn't do 2160p video like the Moto X Style and no OIS either. Plus, the selfie camera is a 5MP shooter.

The chipset is weaker, mainly the GPU, and it has 2GB of RAM. The storage is expandable, though not as much as the ZUK out of the box. Motorola's commitment to updates has been called into question recently, after it cut support for the eight-month old Moto E 2nd gen. With Cyanogen hard at work on their Android AOSP fork and with constant updates flying in every other day, the ZUK Z1 is much more likely to stay on top of the latest Android has to offer.

The OnePlus 2 has a fingerprint reader like the ZUK Z1 and unlike the Moto X Play. It too has a 5.5" 1080p screen, but this one ups its game with a newer Snapdragon 810 chipset (downclocked). The camera department boasts a 13MP camera with OIS on the back, 5MP on the front.

Just keep in mind that the base OnePlus 2 model has only 16GB of storage (non-expandable, 3GB RAM). A better comparison (but pricier) is the 64GB version with 4GB RAM.

The Meizu MX5 switches things around with an all-metal body and an AMOLED display. It's still 5.5" big with 1080p resolution though. It has a fingerprint sensor and a 20.7MP camera with a large sensor (1/2.3") and 2160p video capture and laser autofocus (no OIS though). The selfie camera is 5MP.

The MediaTek chipset boasts a good GPU by PowerVR and the non-expandable storage goes up to 64GB (with 16GB and 32GB versions).

The Xiaomi Redmi Note 2 is a popular 5.5" 1080p phone too. It uses the same MediaTek chipset as the MX5, and has a microSD slot. The 13MP camera lacks OIS, but has hybrid phase detection autofocus.

The Redmi Note 2 is quite affordable, though it comes with some compromises like a sub-par battery life, only 2GB of RAM, no NFC and only 720p video from the 5MP selfie camera.

Here's one from the Lenovo mothership too, the K3 Note. It has a MediaTek chipset with a different GPU, a Mali that's able to hold its own against the aging Adreno 330. Like the Xiaomi, this one has 2GB of RAM and expandable built-in storage.

If you're okay with a 2014 device, the LG G3 is in this price range too. Its 5.5" screen has QHD resolution - it's sharp and bright, though the contrast was disappointing. It does have a 13MP camera with 2160p video and OIS. No fingerprint reader though.

The chipset is essentially the same, Snapdragon 801, especially if you get the 3GB/32GB version (there's a 2GB/16GB version as well).

In the end the ZUK Z1 feels like a great product in the making, but it's not ready for prime time. It's affordable, but not cheap, so you'll be disappointed each time the software messes up.

We'd say that with constant updates it will eventually be polished to perfection, but there are quite a few stories of a device starting off with Cyanogen OS and moving away from it. OnePlus is a prime example, the partnership with Yu looked shaky for a moment (but is reportedly steady now).

The hardware on the Z1 is really quite good - the screen, fingerprint reader, the chipset all pleased us with their performance. The ZUK Z1 has teething pains that hurt its eligibility in the face of so many options (from makers that are now past such growing pains) so much so that we're already looking out for the ZUK Z2, hopefully in the making.