A new brand is born and its first phone aims to impress – meet the Lenovo-owned ZUK and the ZUK Z1. Details about both are a bit scarce at the moment, but the Z1 has already gone through its first review (it's in Chinese, so you might need help from Google Translate).

A metal frame holds the 5.5" IPS screen with 1080p resolution, the back is glossy plastic. The phone itself is 8.9mm thick, which thankfully means a beefy 4,100mAh battery. It comes with a fast 2.5A charger too.

The ZUK Z1 is powered by Android, of course, version 5.1 skinned with the in-house ZUI software. It runs on a Snapdragon 801 chipset rather than Qualcomm's new 64 bit models. It's hooked up to 3GB of RAM and 64GB of storage (no microSD, 53.6GB free).

Below the screen is the U-Touch home button, which sports a fingerprint reader for added security. It's also used for some quick gestures throughout the UI. The company will launch LG-like flip cases with a round window for a virtual clock.

The Z1 camera uses a 13MP Sony IMX214 sensor, a popular sensor but unlike most phones with it this one comes with optical image stabilization. You also get an 8MP camera on the front. 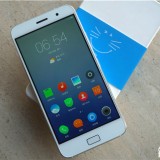 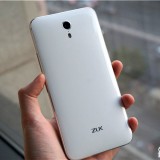 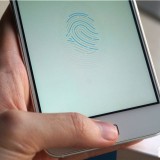 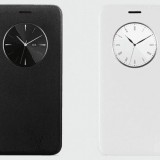 The phone is a dual-SIM handset with 4G LTE for wireless connectivity and USB Type C for wired connectivity.

Is it gorilla glass ?

Nope, the video in the review site shows that the cable on the other end is the standard USB Type A.

Does it have gorilla glass or not?