ZUK Z2 Pro is being updated to Android 7.0 Nougat

Exactly one week ago a Lenovo Group VP made a promise regarding the update to Android 7.0 Nougat for the ZUK Z2 Pro - namely, that it would be rolling out at some point this week. And it turns out that prediction was accurate after all.

Starting today, ZUK Z2 Pro units are receiving the update which brings with it the latest version of the Lenovo sub-brand's own skin on top of Android too, which is ZUI 2.5.335. This is built on Android 7.0 Nougat, so owners of the Z2 Pro can now taste this iteration of Google's mobile OS for the first time, as you can see from the screenshots below. 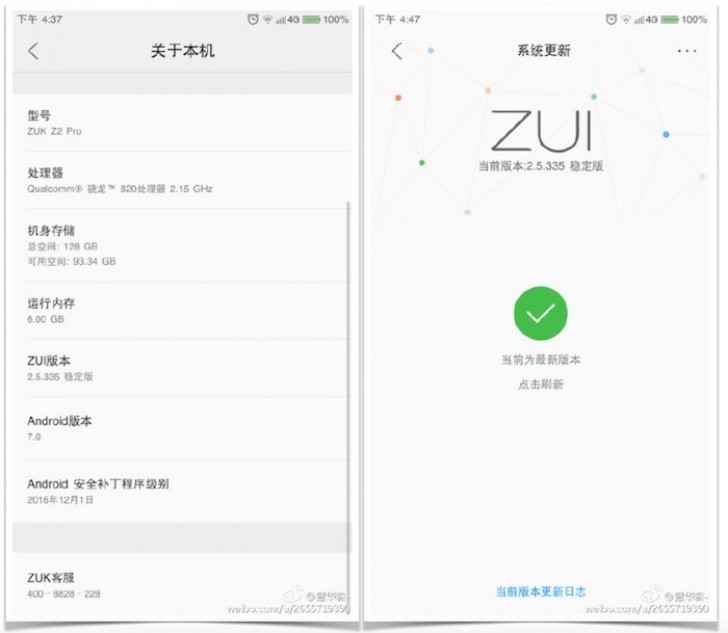 It's unclear whether the update is rolling out in stages or if it's available at once to every ZUK Z2 Pro owner who goes into Settings and manually checks for updates, but it can't hurt to try this if you're impatient. There's no word on the Z2's Nougat release yet, even if the aforementioned promise from the Lenovo VP included that phone too. It's supposed to be graced with Nougat this week as well, but the week isn't over yet so perhaps this will happen in the next few days.

The lenovo zuk z2 pro is problematic smartphone. Global rom does not support Ota. You have to flssh it and God knows whatever tricks to get it work properly. Some say camera softw. is blurr, some say wifi problems some connection in speaking. Only ch...

dear @Vishwas, it is a fake rom by reseller. you have to intall stock rom using qfil method, which is delete everything on your mobile. so back up it first. if u don't want to take such a risk unlock your bootloader and flash twrp recovery and bac...

I don't have the option of System Updates at all on my Settings window, Karly. How to go about further now.