BlackBerry may be down but it's not out of the running yet – a new phone dubbed Kopi has made its way to a store in Vietnam. The new phone has as 4.5" screen, putting it between the 4.2" BlackBerry Z10 and the 5" BlackBerry Z30. 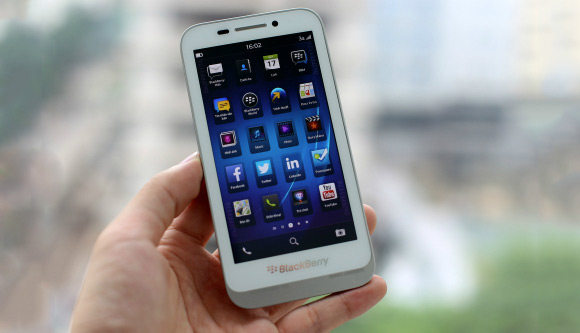 The 4.5" screen has 720p resolution and the phone runs BlackBerry OS 10.2 (not the newly leaked BB OS 10.3). The chipset is unclear but the phone reportedly has 1.5GB RAM, the camera is a 5MP shooter with LED flash (if we read the Google Translate right). The BlackBerry Kopi also has a user-accessible 2,100mAh battery.

You can see more photos of the unannounced device.

Another rumored device had previously claimed the "Kopi" name, but that eventually came out as the BlackBerry Q5.

Thanks to our tipster for sending this in!

Now that ugly looks like Samsung or iPhone. Please BB, you have your own uniqueness.

looks like a cheap phone. please BB, make a successor for awesome BB Z10.. 4,5 inch is my favorite screen size. i don't like 5" or more like on Z30