Yesterday Sony let the lucky people who it picked to enter its latest beta program know that the first Android 7.0 Nougat build for the Xperia X Performance would be rolling out in a matter of hours. And sure enough, today some X Performance devices have already received the first beta release of Nougat, as evidenced by the screenshots you can see below.

The beta program is only open for the single-SIM variation of the Xperia X Performance, which has the model number F8131. The first Nougat firmware is build 39.2.A.0.248, and it contains the October 1 security patches. 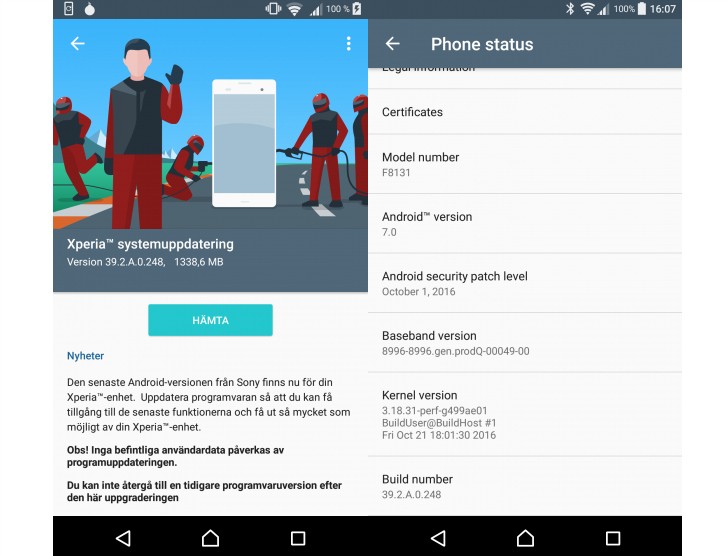 Split-screen multitasking is in, as is the new notification panel. Sony has also added new options for the camera app, with manual shutter speed control and manual ISO control at 23MP. The update comes with the latest iteration of Stamina Mode too. Touch sensitivity has reportedly been improved, and the auto-rotation bug is now fixed. Otherwise, not a lot seems to be changed.

Hey I am rafeal I am a huge fan of Sony xperia phone .in the past year i hard to here that Sony is going to stop their mobile production is it true ? Wheater it is yes or no but I want here answer no Sony xperia is the android mobile with best UI com...