A mysterious Lenovo tablet has received WiFi certification from the WiFi Alliance (WFA). The device in question, the listing reveals, carries a model number of TB-8704V and runs Android Nougat (version 7.1.1). 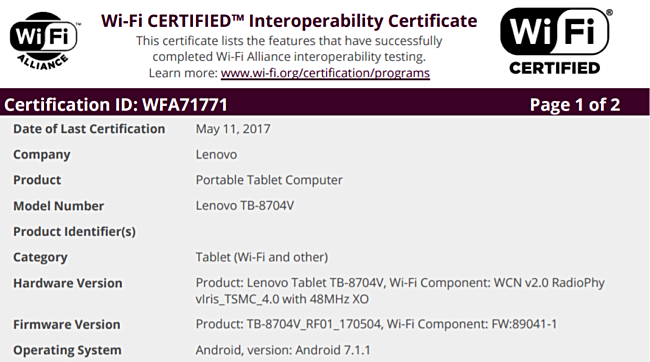 Sadly, and as is usually the case, the WiFi listing for the device doesn't reveal anything else about the tablet. But given that given that it has started collecting necessary certifications, we expect to hear more about the device sooner rather than later.

I have TAB 4 8 for a month. And I am from Bosnia and Herzegovina.

Most likely a Yoga Tab 4

Me too. Hope it's worth it.