Right off the bat, it is definitely worth noting that GeekBench device hardware data is simply reported on an OS level to the app and is relatively easy to manipulate and spoof. So, this should definitely be taken with a pinch of salt. Even so, Google has been very tight-lipped regarding the next version of its mobile OS and this is one of the first mentions of Android R we have seen thus far. 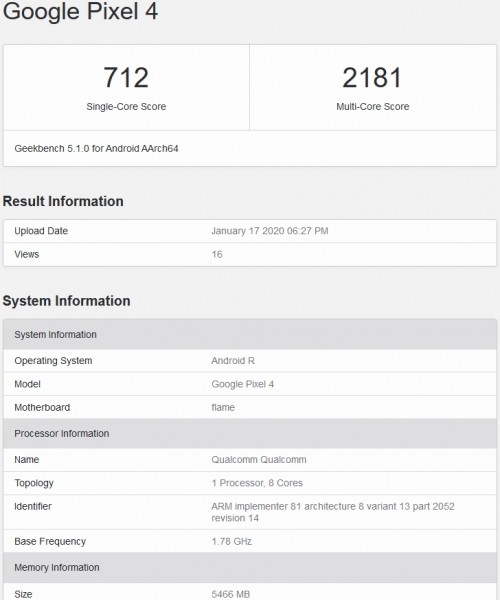 Looking at the GeekBench listing itself, there sadly isn't any real additional info to extract. The calculated benchmark scores are roughly in the right ballpark for the Google Pixel 4 and its Snapdragon 855 chipset. The 6GB RAM amount also checks out. And, that's about it. We just get the curious "Android R" string hanging out in the report document.

The only thing we can realistically do with this information is to speculate and try to make educated guesses. We have no doubt that Google is hard at work on Android. Last we heard some major news on that front, it was regarding a commit to the Android Open Source Project, potentially lifting the max "compose/mux" file restriction beyond 4GB. Likely for the purposes of video capture. The Android 11 moniker was tossed around back then. Continuing with a second numerical release, however, is only one of the options Google has. Not a bad one, considering Android has already chewed-through the better part of the English alphabet and coming up with desert names is becoming increasingly difficult. Even if numerical turns out to be the way forward, in keeping with tradition, the next Android version could be given a letter designation as a placeholder during development and beta testing. Just like Android 10 was knows as "Q" prior to release. 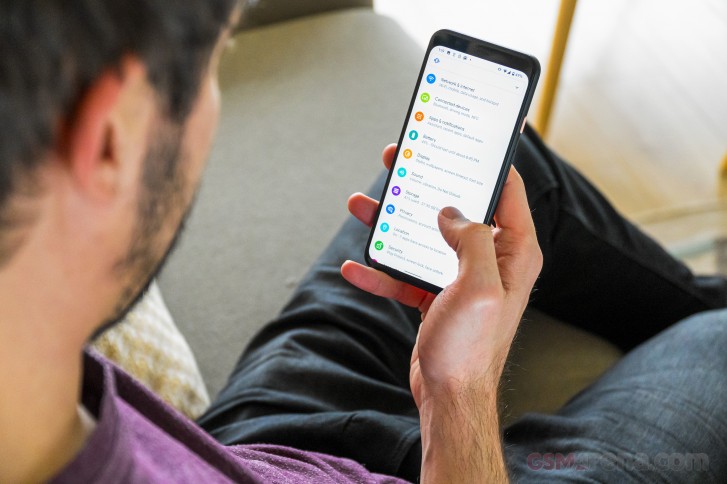 Since we are already on the topic of naming, though, we can't fail to take into account the tendency of many software and general tech products to stop their numbering at a nice, round 10 or X. Just throwing it out there as food for thought. Regardless, if we do, in fact, decide to believe in the genuine nature of this GeekBench Android version report and assume it comes from an actual Pixel 4 unit, running Android R, then a Developer Preview build, open to the public could be around the corner as well.

A Google Pixel 4a, alongside a less-likely Pixel 4A XL have been frequenting our rumor mill lately. Perhaps any development on that front might bring additional info on Android R as well. Here's hoping, at least.

Still i love and miss older names. Q should be Quiche or a Quark cakes and R for a Rolo or Raspberry.

Nothing to worry about, but the time your device will probably be dead or damaged, with repair cost that is better off getting a newer and faster device. That is the case for most devices by common manufacturer.

Very true. We have come to a point where even mid-range phone doesn't feel sluggish. Slower than flagship, but definitely not laggy for day to day usage. Most people don't even realise the different between each upgrade android upgrade.