We’ve been hearing about the revival of the Palm brand for quite some time. A device by Palm Ventures Group appeared on Wi-Fi Alliance with Android 8.1 Oreo and later we saw the first press renders, albeit coming with a low resolution. Less than a month later Android Headlines released an image they acquired through a reliable source of theirs, revealing more about the phone’s physical appearance. 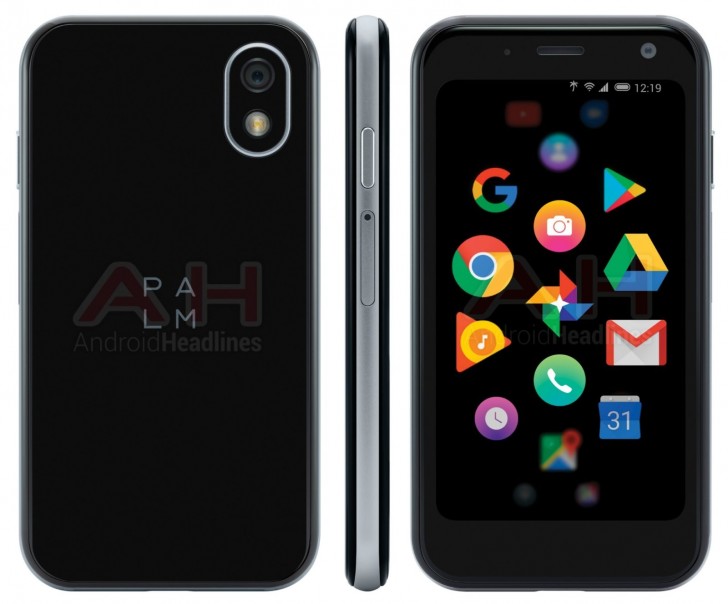 The phone will be impressively small - we expect it to have a 3.3” screen with a resolution of 1280 x 720 pixels. As seen in the image, there will be a single main camera with an LED flash and a selfie shooter next to the earpiece. There are no fingerprint scanners whatsoever, while the power key is on the right side, right above the SIM tray.

Coming with a small screen in a tight body, the phone will likely have a modest battery, but it should do the job since it will lack plenty of features seen in other Android devices. The renders suggest there will be no physical keyboard, meaning the Palm phone will be marketable only because of its compact size.

I called it plus because it's plus phone sized, which kind of says a lot about the state of this industry when nobody makes regular sized handsets with decent specs anymore and even Sony's "compact" range have entered plus phone sizes :( For ref...

COOL! I do hope Palm makes their own OS once again. They are the best when it comes to user experience even Apple and Android have to copy/learn from them. Also it they should cram in a 4.3" screen instead of 3.3". That's way too small even the ...

Exactly. Add a good camera, headphone jack and at least a midranged cpu and it would be a great device. I miss the days when phones were made of plastic with lighter weight, good grip, battery easy to swap and hidden sim and memeory card slots. I’m n...