Apple iPad Pro is getting an offspring today with a smaller 9.7" version, honoring the first iPad ever released. The 9.7-inch iPad Pro runs on the same Apple A9X as the 12.9" iPad Pro - a dual-core Twister processor with 4GB of RAM. 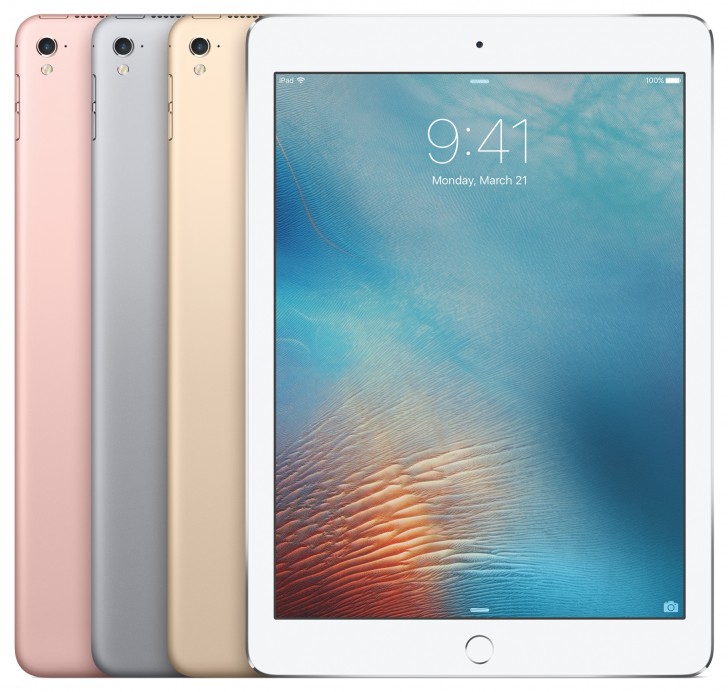 The new 9.7" iPad Pro introduces a new True Tone display with 2048 x 1536 pixel resolution and a wider color gamut with 25% greater color saturation compared to the iPad Air 2. In addition to the added support for Night Shift, courtesy of iOS 9.3, the new display relies on a pair of new four-channel ambient sensors. Thanks to those new sensors the display can now match your ambient color temperature and adjust to it.

The new display is 500 nits bright, has a wide color gamut (DCI P3), and is arsenic free, as usual.

The new iPad Pro has an upgraded camera compared to the previous one - a rear 12MP camera and True Tone flash, and a 5MP selfie camera with the option of Retina (screen) flash. The rear camera can also record 4K and 240fps slow motion videos.

There are 4 speakers on the new iPad Pro, just like on the larger version generation. The smaller model also has wider LTE band support (23 vs 20 on the bigger model) and higher speeds. It also comes with an embedded Apple SIM. 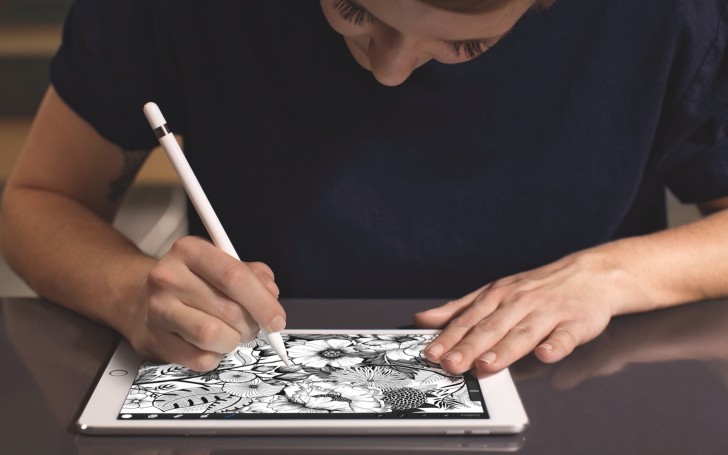 It is made of the same aluminum material. You will be able to get it in Space Gray, Silver, Gold, and Rose Gold.

The new iPad Pro is compatible with Apple Pencil thanks to its pressure and tilt sensitive layer. Its display also features palm and finger rejection, when using the iPad Pro with the Pencil. 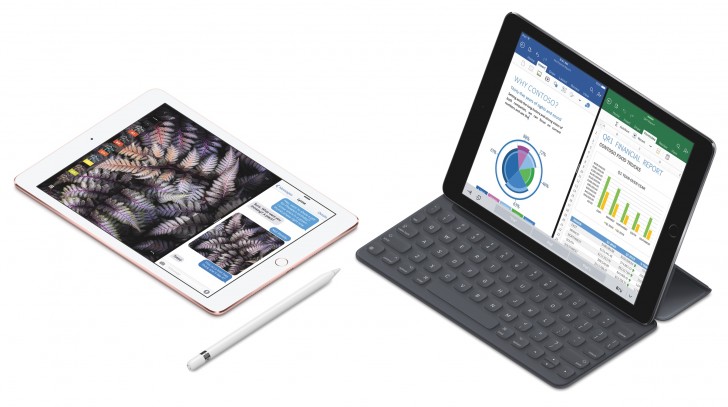 Naturally, Apple will be offering compatible Smart Keyboards fitted for the new iPad Pro, while the Pencil is the same as last year. The new Smart Keyboard is priced at $149 and the Pencil at $99.

no, i want damn tablet (i mean ipad) bc i dont have any big screen device, but why its so expensive and fpr that price you could get better than this, even a laptop, so why i need ipad

we hope the flip case for ipad pro could have it pencil holder which we can clip on the pencil.

Not sure the issue; you want less storage for the same $$$? 32GB is perfect for a 'consumption' device. Most of my IT support customers (who use iPads) only check emails/view webpages and might install AN APP. They could get away with 16GB, ...