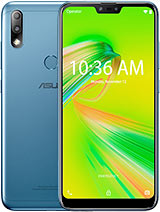 Asus product has great durability, my Zenfone 4 already 6 years and never have any problem until now.
Too bad they don't have many phone option

Honor fan, 09 Apr 2019Go for honor 8x trust me I have itThis phone has better quality and durability than Chinese Honour X

Joke specs with serious price..!!
I will not buy it even though it costs is $50 only

Go for honor 8x trust me
I have it

Everything is low-end ... your thinking as well for sure.

If this device is low-end, than how about that Sha-me
Redmi Go with 1GB of RAM and 8GB, nearly no free storage ?!

Im pretty sure this M2 series Zenfones have better displays,
than that SoC only, overhyped and always promoted Poco-pico
without Widevine L1 and Co.

Does anyone know, where this
- is identical, resemble Snapdragon 450 - come from??

any reliable source or benchmarks ????

zenfone 3 standard is better than this latest phone you release this year :-(

lolno, 15 Mar 2019About the SD SiP 1: "The 14nm chipset itself is essentially identical to the budget Snapdragon... moreYeah. I think so. Thank you for the information. Appreciate it

The chipset has the same specs as the SD450, fyi.

Keg_of_Corona, 14 Mar 2019What kind of chipset is this (Qualcomm Snapdragon SiP 1) ?About the SD SiP 1: "The 14nm chipset itself is essentially identical to the budget Snapdragon 450 with its 1.8GHz octa-core CPU and Adreno 506 GPU."

So it's pretty much a super low-end chipset, quite fitting with the low-end ram (only 3GB) and low-end memory (only 32GB).
About 150€ would be a fitting price for such a low-end device. Charging double of that (300€) is nothing but a brutal rip-off. You can already get a Pocofone F1 with SD 845 for that much (look it up on kimovil.com).

Snapdragon SiP 1 does resemble the Snapdragon 450 with the same octacore processor clocked at 1.8Ghz and same Adreno 506. Looks like another underclock version of Snapdragon 625/626.

Keg_of_Corona, 14 Mar 2019What kind of chipset is this (Qualcomm Snapdragon SiP 1) ?https://www.gsmarena.com/asus_zenfone_max_shot_and_zenfone_max_plus_m2_get_official_in_brazil-news-36014.php

What kind of chipset is this (Qualcomm Snapdragon SiP 1) ?