BlackBerry has revealed the pricing and availability details of its BlackBerry Z10 smartphone, which was released a while ago. The smartphone will head to all the key world markets including UK, Canada and UAE. 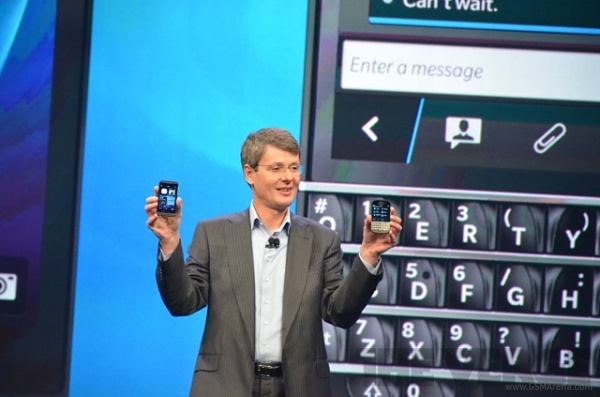 In UK, the Carphone Warehouse will offer the Z10 for free on contracts of £36 per month on most the major networks. Furthermore, Vodafone offers the latest BlackBerry Z10 for £29 on the £42 monthly rental plan, which includes unlimited calling and texts along with 2GB of internet. The device is up for grabs at free of cost for £47 monthly plan or £69 one-time payment on the £37 monthly plan.

EE charges £50 for the BlackBerry Z10 on a £41/month 2 year contract. The plan gives you 1GB of mobile data along with unlimited UK calls and texts.

Moving on to other regions, BlackBerry Z10 will be made available from February 5 in Canada and the smartphone will be available for $149.99 on a 3 year contract.

The Z10 will be heading to UAE, which is one of the important markets for BlackBerry, on February 10. BlackBerry Z10 will be available for an unsubsidized price of AED2,599.

The smartphone is expected to be available in US only in March, although you can start pre-booking your BlackBerry from today.

BlackBerry Q10, the other smartphone which features the latest BlackBerry 10 OS is expected to be available in the month of April. The pricing and the availability of the Q10 will soon be confirmed.

how much should i pay for this smartphone if it released in malaysia.. Can somebody helping me with accurate price...

"8ta added that BlackBerry 10 deals and devices will be available through 8ta flagship stores and Telkom direct stores from 1 March 2013." http://mybroadband.co.za/news/cellular/69660-blackberry-10-in-sa-operators-respond.html Now...