Miami-based BLU announced today the launch of its Studio Energy smartphone on the US market. The smartphone was unveiled at CES in January alongside a number of budget friendly devices, targetting specific niches. Its headline feature is the huge 5000mAh battery, currently the highest capacity in the smartphone realm, the company claims. 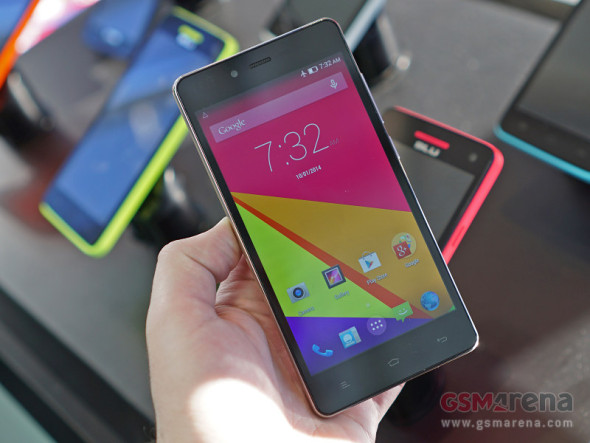 That amount of juice translates into 45 days of standby time or 4 days of regular use, according to BLU's calculations. Thickness has been kept at a manageable 10.4mm, but weight may be more disturbing at 180g.

The BLU Studio Energy features a 5-inch display of 720x1280 pixels resulting in a 294ppi density. Computing power comes from a quad-core processor, clocked at 1.3GHz, coupled with 1GB of RAM. An 8MP camera on the back is responsible for capturing the world, while a 2MP front snapper takes care of selfies.

The newly launched smartphone will boot Android 4.4 out of the box, but the company promises a Lollipop update in June. The device is available now on Amazon for $149, unlocked.

ThL 5000 cane with a 5000mah battery and mediatek octa core processor a long time ago...

People nowaday charge their phone daily already, even at 60%, I would still plug the USB cable