Google has also updated the Android version of the Chrome app to version 64. The major change in this version is that the browser will now prevent ads from opening new tabs without your permission.

This is slightly different from pop-up blocking, where usually an ad will break out of its iframe, called frame busting, and take hold of the browser navigation and redirect the user to sites where you usually see messages like your device has virus or some other call to action. This new change should prevent ads from taking hold of the browser navigation unless the redirect matches the URL of the current page. 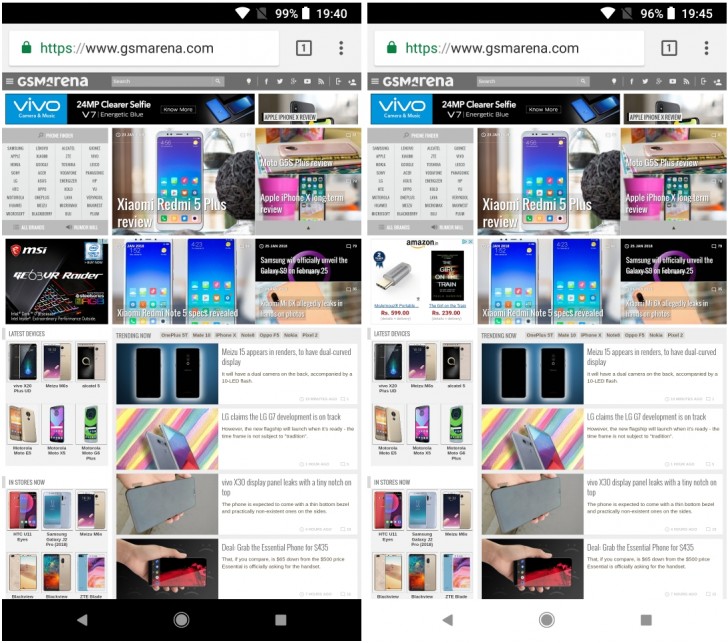 Navigation bar color before and after update on the Pixel 2

The said activity is for automatic/self opening, and not for click and opening an AD.

P.Hub is crying in the corner

after update it. trying to click ads and its still open a new tab with ads