Cubot and Cheetah Mobile unveil the CheetahPhone, headed to Europe for €199

It's not every day that a phone maker partners with a company known for creating mobile apps in order to design a new handset, but that's exactly what's going on with Cubot and Cheetah Mobile. They're both Chinese companies, but that hasn't stopped them from jointly unveiling the CheetahPhone at MWC in Barcelona today. You may know Cheetah Mobile already as it is the maker of many Android apps such as CM Security and Clean Master, both of which have been downloaded more than 100 million times.

Unlike many other Chinese devices, this one is officially on its way to Europe, where you'll be able to pre-order it from Amazon for €199 sans contract. Pre-orders will start on March 20, and the phone will start shipping at some point in April. After that, it will also be launched in Africa. 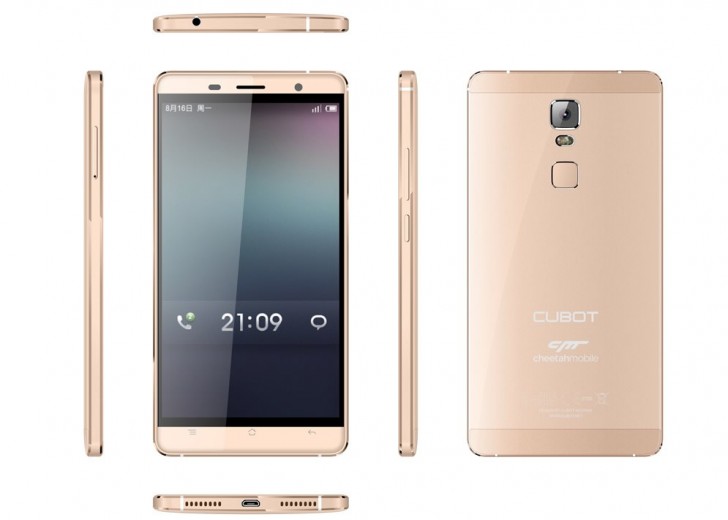 So what do you get for that amount of money? Well, the CheetahPhone packs a 5.5-inch 1080p touchscreen, a 13 MP Samsung-made rear camera with LED flash, and an 8 MP selfie snapper. It's powered by the MediaTek MT6753 chipset, which comes with a 1.5 GHz octa-core Cortex-A53 CPU and the Mali-T720 GPU. Built-in storage is 32GB, which is complemented by 10GB of cloud storage and a microSD card slot. 3GB of RAM will ensure the apps running in the background never have to close because of low memory. A fingerprint scanner is on the back.

The CheetahPhone runs Android 6.0 Marshmallow, on top of which there's the Cubot launcher which has been optimized by Cheetah Mobile. All of the Cheetah Mobile apps come preinstalled, and they are deeply integrated into the UI. Its makers boast that the CheetahPhone is exactly as long and as wide as the Samsung Galaxy S7 edge, though not as slim. The battery capacity is still a mystery unfortunately.

Gsm why don't you have cubot phones on your search section

I agree. There is the new X20 I would like some specs about.