The Microsoft Lumia 435, which was unveiled in mid-January, has today become available to buy in India. We're talking about the dual-SIM version of the handset, which is currently being offered in white and black by Microsoft's online store for the subcontinent.

Green and orange color versions were also presented during the phone's official unveiling, but so far those have not been launched in India. Perhaps they will arrive in the future. 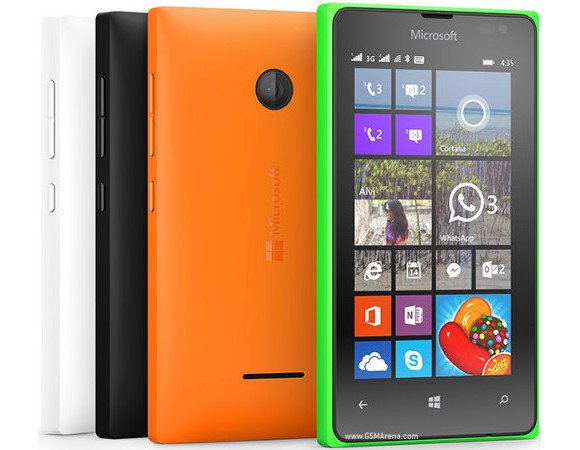 If you want to buy a Lumia 435 from Microsoft, you need to pay INR 5,999. At the current exchange rates, that means $96 or 85. That's pretty close to the 70 price before taxes that Microsoft touted last month. The software giant's Indian online store claims you'll receive your brand new Lumia 435 in 4 working days if you order one.

In this instance, the price is low because the hardware isn't anything to get excited about. The Lumia 435 sports a 4-inch 480x800 touchscreen, a 2 MP rear camera, and a VGA secondary shooter. It's powered by a Qualcomm Snapdragon 200 chipset with a 1.2 GHz dual-core Cortex-A7 CPU, it has 1GB of RAM and 8GB of expandable internal storage, 42Mbps HSPA support, and a 1,560 mAh battery. It runs Windows Phone 8.1.