Essential has announced the roll out of the Oreo beta 2 build for its PH-1 smartphone. The company took to Twitter to announce the update, which arrives as build OPM1.170911.213.

As per the tweet, some of the new features there in the beta 2 update include smart text selection and picture-in-picture. As is usually the case, bug fixes are included as well.

Several other changes are included as well, like December security patch and fix for issues related to Android Auto, battery life, and data tracking. Here's the complete change-log: 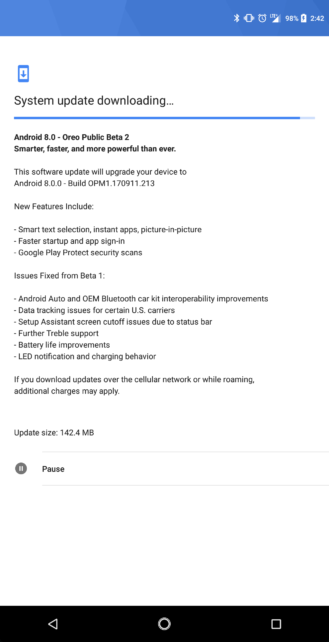 Nobody cares based on number of the comments.

Has Andy Rubin come out of hiding yet?