Facebook is rolling out a new change in the Android version of the app, which will allow users to opt out of background location tracking.

Previously, the Facebook app for Android either let you keep location services off or on. The latter also allowed the app to track and save your location constantly, even if the app was not in use, especially when using features such as Nearby Friends. 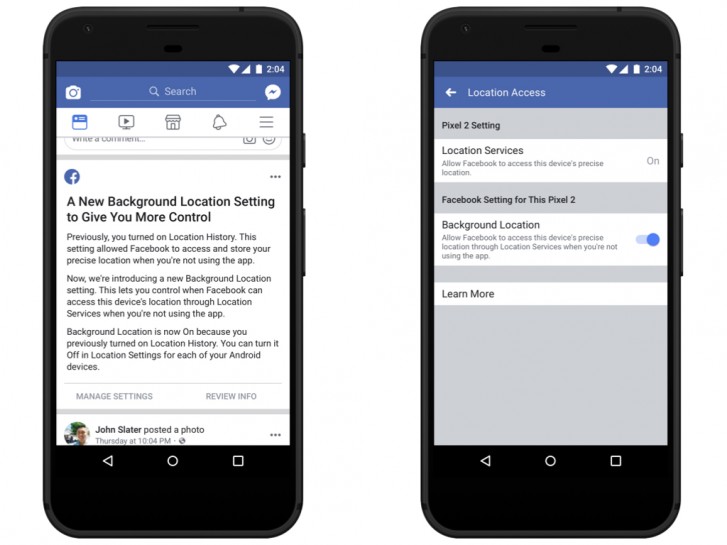 With this new feature, if you choose to enable location services, you will now get another option that will let you disable background location tracking. This basically restricts the location tracking to when you are actually within the app and stops when you quit the app.

The ability to restrict apps from only using location data while using the app has been present in iOS for a long time now but Android has no such option. This is why this new feature is limited to the Android version of the app, as iOS users can just make use of the option built-into the OS.

Facebook will be showing a notification on the timeline that will alert users of this new feature. Your current settings will remain the way they are even after the new feature rolls out. So if you had them off, they will stay off but if you had them on you can now choose to restrict it to while using the app only.

I've opted out of location tracking and now Facebook Marketplace will not work. It takes me to the "Where are you located?" page and when I pick "not now" it goes to the Location/map page and will not let me out of there no matter what I click. I can...

True but them Chinese buffet be the bomb yo and who knows maybe egg rolls will be the next pizza. I love Facebook because they always tell the truth and flag fake news and there's no way anyone can troll.