If it wasn't clear enough from Samsung's statement that the Galaxy S21 Ultra will gain support for the S Pen, it's clear now. An FCC filing for a Samsung SMG998B (Galaxy S21 Ultra) in testing has listed support for a "stylus device" with both "hover and click and an operating range of 0.53-0.6MHz".

So we can now take it as confirmed that the Galaxy S21 Ultra will have S Pen support when it launches on January 14. Whether Samsung has made a new S Pen or will use the one from the Galaxy Note20 Ultra is unclear. 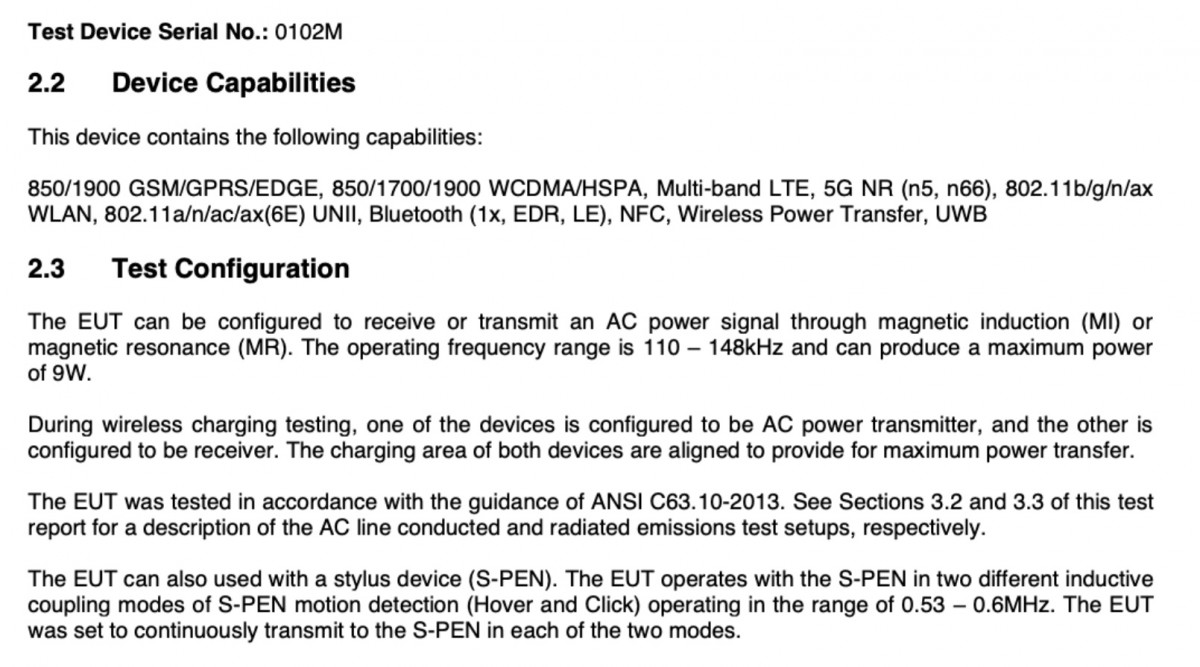 If it has a Headphone jack im buying, and that is big IF

nobody forced you to click on the link, you could just scroll past or couldn't you?