A foldable prototype with Xiaomi user interface leaked in spy shots earlier this year, and now we have more photos, revealing the backside of the device. Apparently, it will be part of the Mi Mix lineup and will adopt the internal fold, just like the Galaxy Fold series and the Huawei Mate X2. 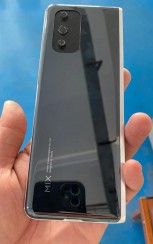 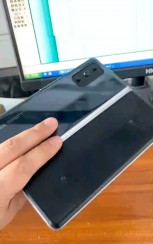 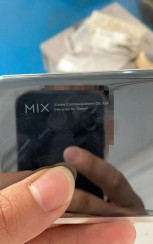 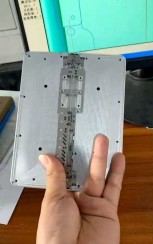 The images reveal the mold of the phone - there is no screen on these photos. There is also a triple camera setup, but it is just a placeholder, so the final design might change. What won’t change is the horizontal alignment of the shooters.

We are really surprised to see the Mix logo back in the wild because the last phone from that family that ever made it to the store shelves was the Mi Mix 3 over two years ago.

The series is usually reserved for phones that are one step ahead of the conventional design, but there's a good chance that these images are a product of someone’s hopes and dreams and do not set anything in stone, even though Xiaomi is indeed working on a foldable device.

Hahaha yes I noticed that too

Look at 2 image, in the background there is a PC with Windows XP :D