Google started introducing Go versions of its apps to go with the lighweight version of its OS. The aim was to bring its services to lower-powered affordable smartphones, sold in developing markets where mobile data is expensive and phones with less RAM are preferred due to their lower price.

However, even those with more powerful devices can benefit from the Go apps with their lower footprint and data consumption in cases when they don't need their extensive functionality. So eventually Google started removing the artificial restrictions allowing those with full Android phones to download some of the apps.

Gmail Go is the latest to open up to every one, with Google now letting you download it on any phone or tablet. 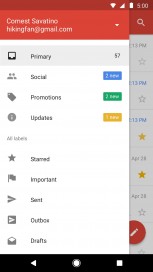 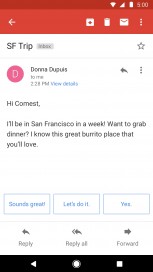 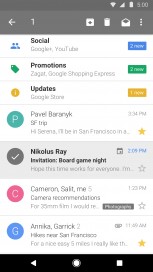 The Gmail Go app offers the same core features as the regular Gmail app, but needs less RAM and uses less mobile data. You'll be sacrificing the Google Meet bottom bar and some of the gestures. The UI design is also much more basic with far less eye-candy.

Another thing Google did with the mailing app is capping the framerate, meaning if you use the application on a device with a high refresh rate, Gmail Go will stutter - after all, this is an app optimized for cheap devices with basic screens.

While this app can hardly be recommended for power users, it is a nice way to save space and data if you only need to read the occasional email.

The price you pay for your GMS addiction ... you get "whole" of it ... (as in the whole shabang ... ) There really needs to be a bit more choice in this matter, eider a copeting service or regulators just smacking Googlezilla over the head...

If the main Gmail app cannot be uninstalled, then this is just another app which will occupy space and use data bandwidth. Even on OnePlus phones, a lot of apps come preloaded and can't be uninstalled.

"While this app can hardly be recommended for power users" Why not? The only actual feature you've said it lacks is a "Google Meet bottom bar", and as I know nobody who uses that it doesn't sound like it lacks anyth...