Google is no stranger to redesign. Thus, it is hardly surprising to hear that the online titan is currently testing yet another tweak to the design of the Play Store. 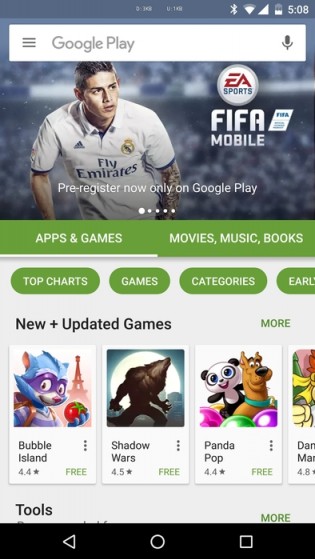 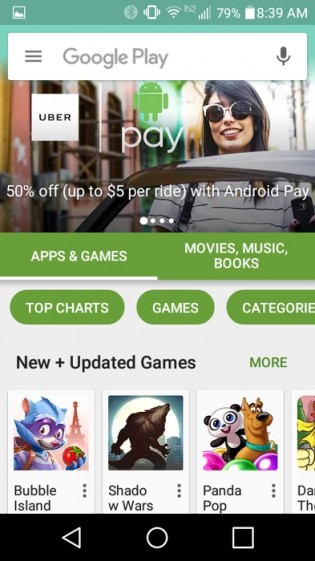 First off, Google apparently felt that the "Entertainment" section was a bit too vague. The suggested replacement is the much more descriptive title - "MOVIES, MUSIC, BOOKS". This might save some confusion, although we doubt too many users are currently looking for books in the games department, but the long text does look somewhat questionable on a lower-res device.

The featured items carousel also has a new suggested look. Instead of spanning from end to end and standing on top of the home page, behind the search bar, like in the first two shots, Google has decided to move it down and make the slides smaller, so you can get a better visual sense that there are more items to scroll through. 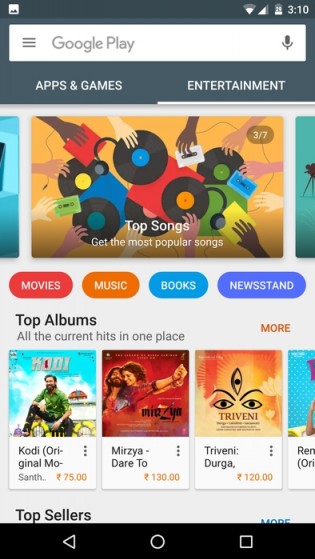 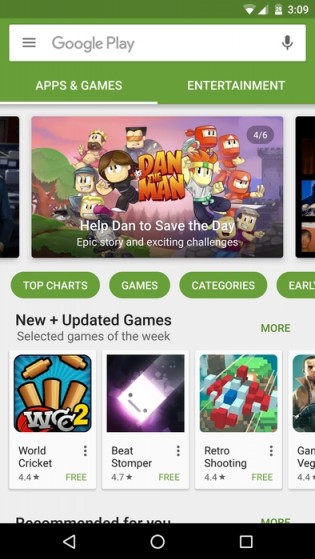 Speaking of the search bar, it now behaves and looks a bit differently as well. Currently, the home screen has a big search box out in a fixed position at the top. That means it is generally the first thing you encounter when you open the platform and it also provides instant access to voice search (not that we think many people use it to begin with). In this new look, Google seems to be putting a lot less emphasis on the search functionality.

The bar is hidden by default and can be expanded by tapping on the search icon in the top right. Since, currently search is invisible in most of the Play Store interface as well, this isn’t really that much of a change. If you happen to rely on voice search, however, there is an extra tap involved. 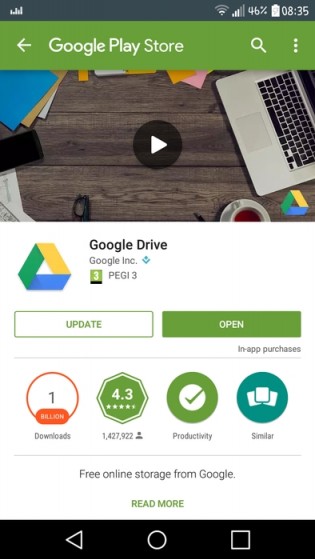 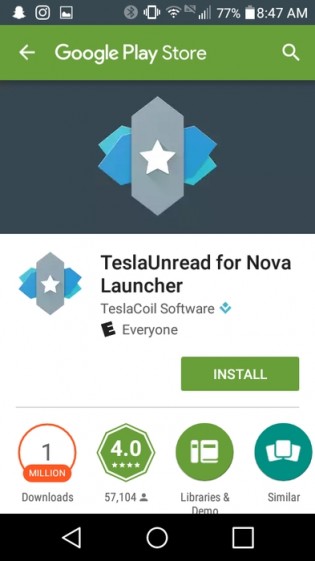 Lastly, there is a new splash screen in the updated GUI. It appears for a few moments when opening an external link to an app and seems to be there purely to promote the Play Store itself. It does have the potential to become a nuisance and might not make it to prime time. Speaking of which, it is important to note that all of these tweaks are currently being seeded by Google server-side as a pretty wide-spread beta test. We are yet to see, whether all or any of them will make it to a final release.

My play store is already updated to this. And from the past hour I'm not able to access it via mobile data

I wish Play Store has the options to change the theme color to sAMOLED-friendly one aka black majority color to the interface. It should be a serious consideration for Google now that they released phones with AMOLED screen.