Google's upcoming Pixel 3 and Pixel 3 XL have leaked so much already that there haven't been many details left unknown. And now you can pretty much scratch another one off the list - the color versions.

Google seems to be prepping three of those (how fitting for the Pixel 3, right?). Black, white, and something that can be described both as mint or turquoise. These have been revealed by the promo website put up by the search giant, which you can visit by hitting the Source link below. 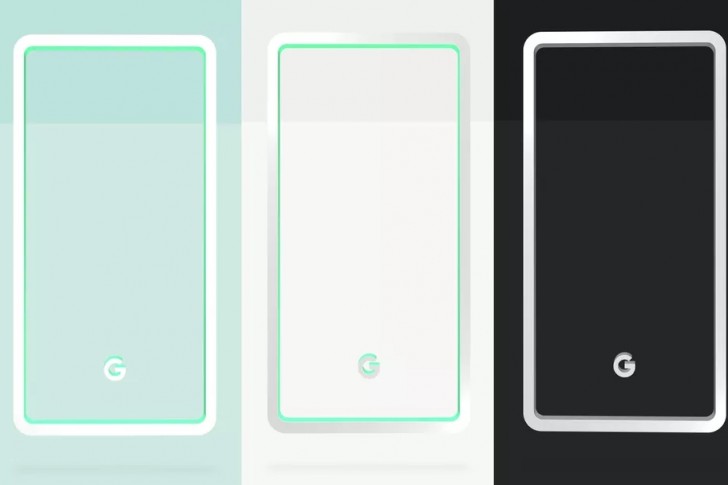 It shows outlines of phones with three separate backgrounds, and the fact that those are two-tone is what gives it away. The new Pixels will keep that look on the back even if they're expected to have all-glass rears, unlike their predecessors which mixed glass with aluminum.

The white model having a mint outline may imply you should expect another mint-colored power button. Obviously this is speculation, but it seems pretty logical for Google to go this way. And to tease its phones' colors in such a manner.

easy easy, i'm not even talking to you! If I can, then why would not I make my own. that is why I don't complain on how manufacturers release their phone.

easier talk than do it anyway, why don't you started it first?

Pixel 3 XL - likely be underwhelming sales, because of the hideous notch and large chin. Pixel 3 - will fare better than the XL, but probably not that huge Rumored cheaper Pixel 3 - if it exists, could sell but has to compete with other cheaper A...