Last night, a lawsuit was filed that was drafted by several US State Attorneys General calling out Google for its anti-competitive conduct and dominance in the search service industry. Google replied in a blog post, responding to some of the claims that the lawsuit set forth.

Today’s lawsuit by the Department of Justice is deeply flawed. People use Google because they choose to, not because they’re forced to, or because they can’t find alternatives.

The lawsuit would do nothing to help consumers. To the contrary, it would artificially prop up lower-quality search alternatives, raise phone prices, and make it harder for people to get the search services they want to use.”

Google admittedly pays to promote Google Search and draws a comparison to a cereal box at a supermarket, explaining that in order to get your cereal to the eye-level or end shelf you’d have to pay the supermarket. This supermarket shelf is equivalent to Apple, AT&T, Verizon, Samsung, and LG: companies that Google needs to pay to promote Google Search as a default or top choice search engine. Google reminds us that competitors are readily available to use if you desire.

The lawsuit claimed that Apple features Google search in its browser because its “the best” but Safari also features Bing and Yahoo search, both of which also pay Apple to promote their services. Changing a search engine on Safari is also not difficult, it takes a couple of clicks. Google even offered a graphic on how to do that. 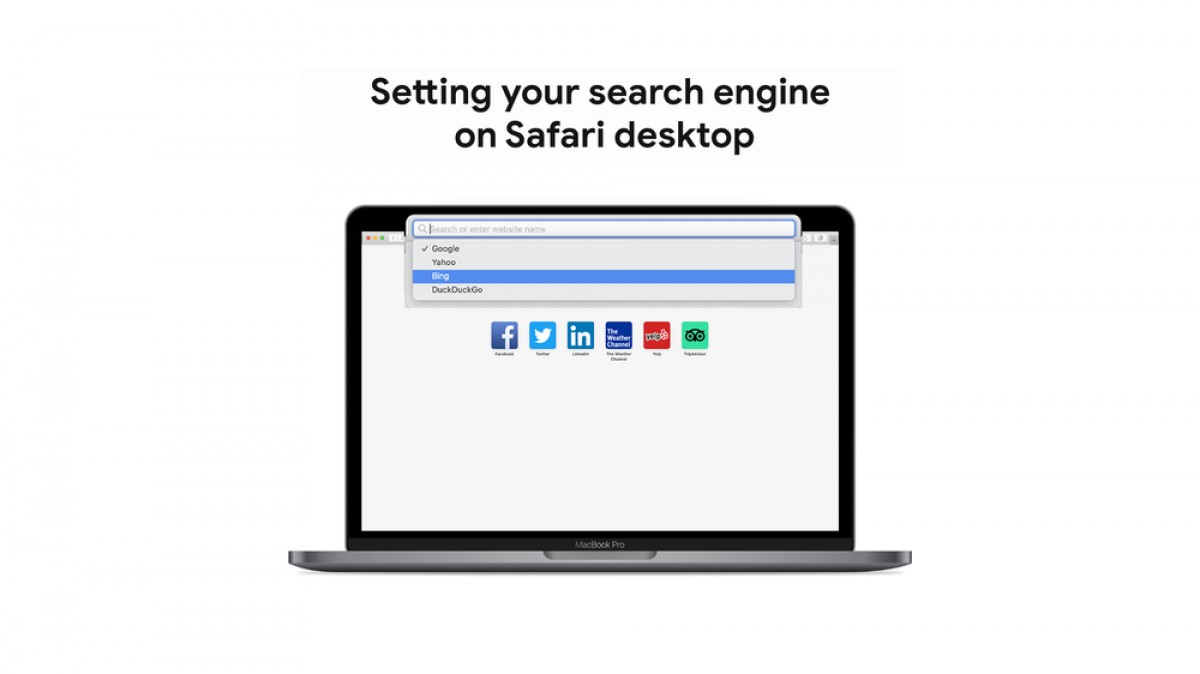 Google also mentions that in Windows-powered computers, and Microsoft Edge is preloaded with Bing as the default search engine. Android devices prominently feature Google services by promotional agreements with carriers and OEMs. Google claims this is what keeps Android free and reminds that phones often come with rival app stores (Galaxy Store, Bixby, Outlook) as well.

Google responds to the lawsuits claim that users aren’t savvy enough to choose a different search provider but points out that when Yahoo! paid Mozilla to be Firefox’s default search option, most Americans switched the setting to Google.

Google also points out that it competes with Kayak and Expedia for flights, Open Table for restaurants, recommendations from Pinterest and Instagram, and points out that 60 percent of Americans start a product search on Amazon.

We understand that with our success comes scrutiny, but we stand by our position. American antitrust law is designed to promote innovation and help consumers, not tilt the playing field in favor or particular competitors or make it harder for people to get the services they want. We’re confident that a court will conclude that this suit doesn’t square with either the facts or the law.

In the meantime, we remain absolutely focused on delivering the free services that help Americans every day. Because that’s what matters most.”

Check out the Source link to see Google’s demonstrations on how to change the default search engine on various devices and browsers.

I just could not agree more. Microsoft and Google are far more consequential than Apple.

Idk which bank you have bruh, my bank refunds the money if my account gets hacked.

I don't care about this type of news. All I can say is great job Google. I can live without Apple. But I can't live without Google and Microsoft.