In an interesting move vivo has released a heap of promotional press renders of the NEX 2 to Weibo. The images show the vivo NEX 2 from both sides, revealing the nearly bezeless front and the rear with the second screen and triple camera. 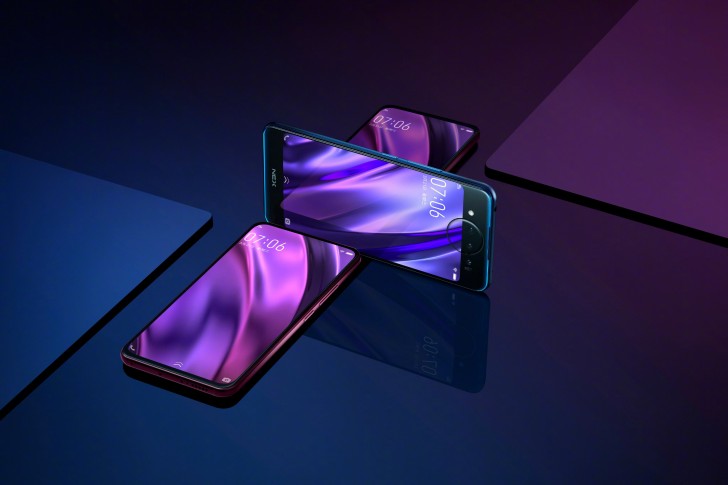 The vivo NEX 2 seems to be available in black with either blue or red fading accents on the frame that lightly spill over to the top and bottom bezel (similar to the Oppo R11s' Starry Sky screen effect).

The images also confirm that the vivo NEX 2 will have speakers on either side, busting the rumor that the NEX 2 will use screen sound casting to transfer a caller's voice.

This means that you'll be able to use each side of the vivo NEX 2 to interact with the OS and make calls. 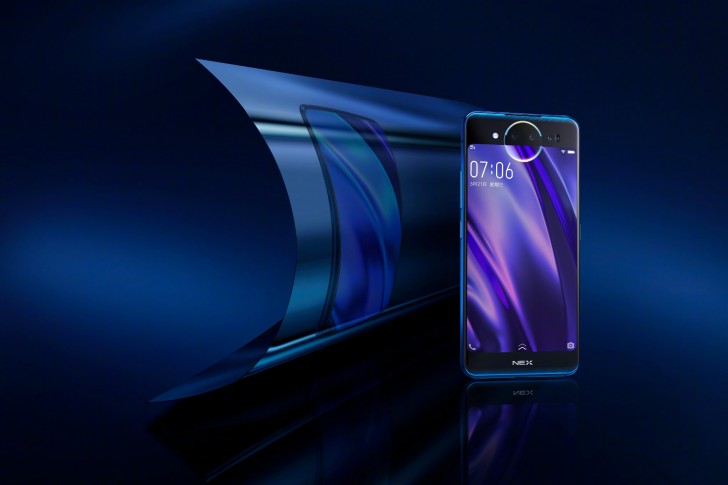 The renders also show the so-called Star Ring around two of the three cameras on the rear of the vivo NEX 2. It's said that rotating it (in software) will adjust the degree of the 3D Beauty effect of the camera - we'll need vivo to clarify the Star Ring and 3D Beauty upon the NEX 2's unveiling.

The vivo NEX 2 will have a 6.59-inch main screen (with an in-display fingerprint scanner) and a 5.5-inch rear screen. Inside there will be a Snapdragon 845 - the same as the chip inside the vivo NEX S - only paired with 10GB of RAM - 2GB more than the NEX S. Both specs were confirmed by a Geekbench listing that also revealed that the vivo NEX 2 is running Android 9 Pie. 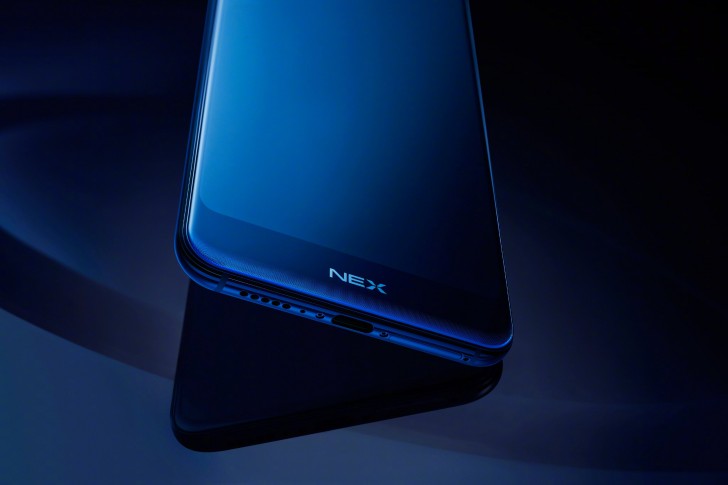 Finally we have a new brief video showing how you switch between screens on the vivo NEX 2. We saw that one way is through a three-finger swipe on the screen while in the video below it's done by pressing the power button on the left of each specific screen.

The vivo NEX 2 will become official next Tuesday, on December 11, but judging by the rate of leaks we expect there'll be nothing left to reveal by then.

The lockscreen UI on this dual display phone is different. This could be the first vio with FunTouch 5

Jeez, ikr? I'm surprised they haven't made one metal back that could take wireless charging.

Can I encourage phone makers to go with less glass, not more?