A TENAA listing just revealed an upcoming Honor smartphone with two model numbers - DUA-AL00 and DUA-TL00. It is believed to be the Honor 7S - an upcoming entry-level device that's coming in two variants. 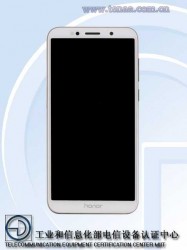 The report continues with most of the specs - 5.45-inch display with 2.5D curved glass panel featuring 720 x 1440 pixel resolution with 18:9 aspect ratio.

The screen fits in a 146.5 x 70.9 x 8.3 mm body weighing 142g that carries a 5MP front-facing camera and a single sensor on the back with 13MP resolution. The latter is accompanied by an LED flash and it's capable of 1080p video recording. 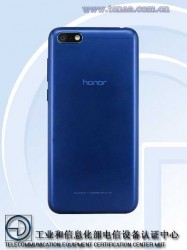 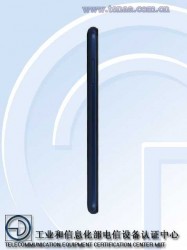 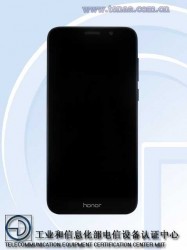 The device is powered by MediaTek's MT6739 SoC running 4x Cortex-A53 cores at 1.5 GHz and a PowerVR GE8100 graphics chip. The memory setup is 2GB of RAM and 16GB of internal storage with support for microSD expansion. Android 8.1 Oreo is available out of the box.

The standard accelerometer, proximity and ambient sensors are present along with Wi-Fi hotspot support and Bluetooth 4.2. A 2,920 mAh battery powers it all.

The Honor 7S will be available in Black, Blue and Gold and according to initial reports, it will be priced around $135.

Spot on with this write-up, I actually suppose this web site wants much more consideration. I'll most likely be again to learn rather more, thanks for that info. Berluti Hong Kong http://www.berlutishoeshop.com

it is lowest end model tho. probably around T820MP2

Mate 10 Lite was released earlier than Mate 10 and 10 Pro. Again, since they are flagship, they will always be treated with better things. The best of Huawei will be offered in those phones. Yeah sure you're missing the face unlock right now, but...