Honor Hunter is a gaming laptop launching on September 16

Yesterday, Honor announced that it's holding an event on September 16 in China and the start of the show would be the gaming-centric notebook - the Honor Hunter. Two new smartwatches will join the event as well. 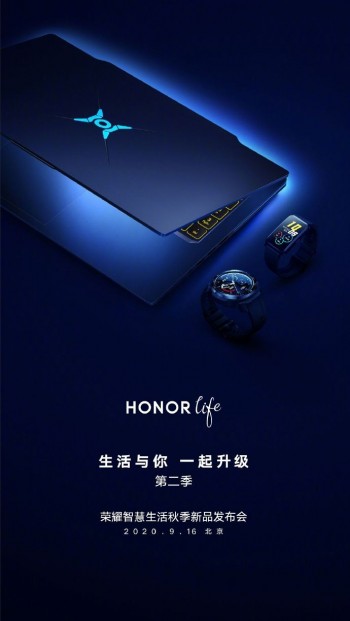 The gaming laptop has been rumored for a while now, so it will be interesting to see how the company will expand its portfolio of notebooks whereas the smartwatches are going to be new only for China. During this year's IFA, Honor unveiled the Honor Watch GS Pro and Watch ES and we have a good idea of what's to come on September 16.

We hope to get some info regarding global availability for the Honor Hunter during the event too.

No, It's the same company

Not to mention it will cost a fortunes if paired with a 3090 and constantly thermal throttle!

Is honor separated from huawei?