The HTC Desire 510 is the kind of phone that's likely to be in high demand for a good while. Perhaps not the device itself, which will soon start dealing with growing competition, but the very concept of an affordable phone with the fastest network data will make more and more sense as 4G networks extend to even the emerging markets. 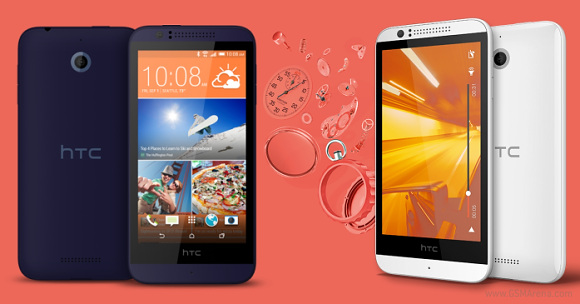 That said, the new generation Snapdragon 410 chipset powering the Desire 510 is the big piece of news but for the less obvious reason. With the greater eco-system yet to start switching to 64-bit processing. It's the inbuilt LTE modem that's giving Qualcomm an edge against their competition. No wonder they've put LTE in the S210 as well - clearly a challenge to Mediatek.

Overall, 64-bit processing will have little to no immediate benefits for the Desire 510 and its users. Still, the future-proofing is there and the new core architecture does bring about a boost in performance and power efficiency.

Back to what we're all here about though - the HTC Desire 510 and what it can do for you, here and now.

The low resolution screen and fixed-focus camera are the flipside to the blazing-fast LTE Cat.4 and the up-to-date combo of Android KitKat and HTC Sense 6.0. To the casual observer, they may seem like cancelling each other out but we think the right customers are given a choice. If you're after the Desire 510 for its LTE support and low price, the camera is probably not essential. At least, this may've been HTC's reasoning for downgrading the Desire 500's 8MP camera - while upgrading the video recording.

As for the screen fidelity, very few competitors can do better and the most prominent of them is a proper best-seller. The LTE-capable Motorola Moto G 4G has a 4.5" IPS display of 720p resolution for the clearly superior 329ppi. It's powered by a Snapdragon 400 chipset and has a better 5MP camera, and costs about the same as a Desire 510. The Moto G phones are in queue to get Lollipop.

While we guess the Desire 510 and the Moto G 4G will rarely be vying for the same customers on the same markets, there's a more likely rival in the recently reviewed Sony Xperia E3. It costs only a tad less than the Desire 510 and is powered by the older S400 chipset. Sony's cheapest LTE phone offers an auto-focus camera with a LED flash and an extra solid battery in a slimmer body.

The Samsung Galaxy Grand Prime is a near perfect match for the HTC Desire 510 with a Snapdragon 410 chipset. It has a 5" display of slightly higher resolution at 540 x 960px, which boils down to the same ppi though. The Samsung has a definite edge in the imaging department with an 8MP main camera and a 5MP front facer. There's a bigger battery too, in a slimmer 8.6mm profile. The Grand Prime is powered by the S410 version that comes without an LTE modem in favor of dual-SIM support.

The Nokia Lumia 635 is a much cheaper option boasting a 4.5" IPS display of FWVGA resolution, a Snapdragon 400 chipset and a capable 5MP auto-focus camera. It comes with LTE support, alongside valuable extras such as a free Office package and offline voice-guided navigation.

To recap, while the HTC Desire 510 could've been slimmer and at least a little more compact, we like the build and the feel of the handset, its sensible design and nice grip.

The 4.7" display has good contrast, but mediocre reflectivity ruins it as soon as you leave the bed and the resolution is a compromise but obviously carefully considered against the cost and the competition. The HTC Desire 510's battery backup turned out more than reasonable and the overall user experience was pleasing, with HTC Sense 6.0 UI running atop snappy Android KitKat. Overall, an adequate package for the price if you don't care about the camera.