A prototype version of the HTC Holiday was spotted being sold on Craigslist. The pictures you see below have been taken by someone who purchased the device, according to a thread on XDA forums. 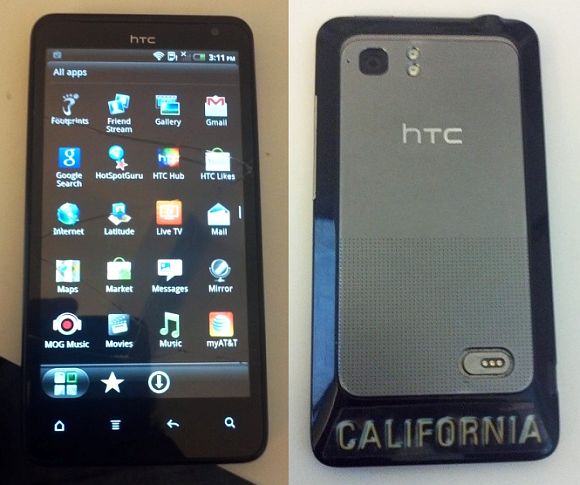 This particular HTC Holiday has seen better days and is currently flaunting battle scars all over the front but seems to be functional nonetheless. From the on-screen menu we can see that the device is running on a dual-core 1.2GHz processor, 1GB of RAM, 4.5-inch qHD display, 8 megapixel camera on the back and a 1.3 megapixel camera on the front. The phone also supports Wi-Fi 802.11 b/g/n and Bluetooth 3.0. 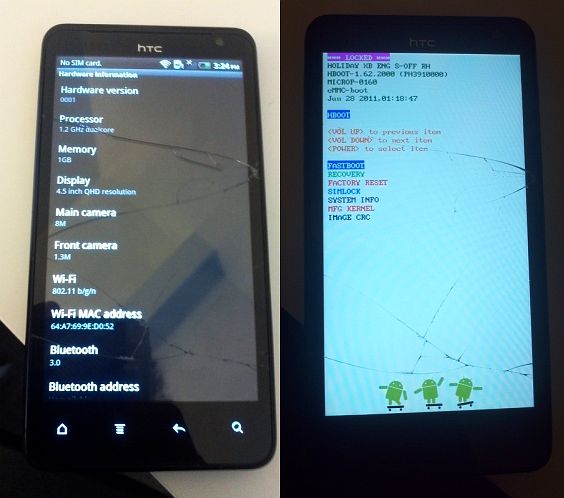 The design looks slightly similar to that of the HTC Incredible S. The Holiday has tapered edges and we can spot the volume rocker on the right sans a camera shutter button and what could be the micro-USB port on the left. The back has the camera lens with dual LED flash and what looks like charging port near the bottom.

The application menu makes it clear that the device will be sold on AT&T’s network as there is some AT&T bloatware installed on the phone.

With the Holiday and the Ruby for T-Mobile that we saw before, HTC is prepping some big guns to take on the competition. Hopefully, we will be seeing these phones in the hands of consumers soon.

is it only for a USA networks ? or will be available in Europe too ?