Huawei is still only giving us teasing glances at the new Ascend Mate 7 but we have leaked photos of the upcoming phablet to gawk at. The latest batch featrues "in the wild" photos rather than the photos taken by TENAA during the certification process. 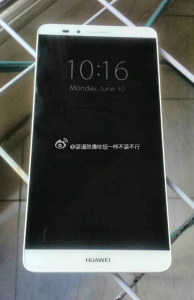 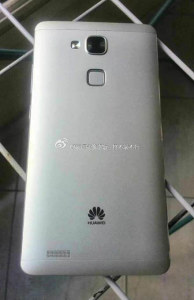 The Huawei Ascend Mate 7 is the third generation and while the first two were mid-rangers, this one sits higher up with a 6" 1080p screen, a 13MP / 1080p camera and a Kirin 920 chipset (octa-core CPU, Mali-T625MP4 GPU). It has a fingerprint scanner on its metal back, a la HTC One Max.

The Ascend Mate 7 will be unveiled at IFA, Huawei's event is scheduled for Thursday, September 4.

Huawei is 10 time better brand then HTC . HTC can only design phones, can't sell them . No one even buys their flagships .

You never know what might come out of it. Qualcomm used to be a radio (as in GSM and wifi) ICs manufacturer.

Obviously copy 99% design of HTC One Max. I thought Shamesung is already a big time copycat but this phone is way more ridiculous. Shame on you Huawei