Real life photos of the Huawei Ascend W1 show the device in the flesh, revealing it'll be available in two color options - white and blue. 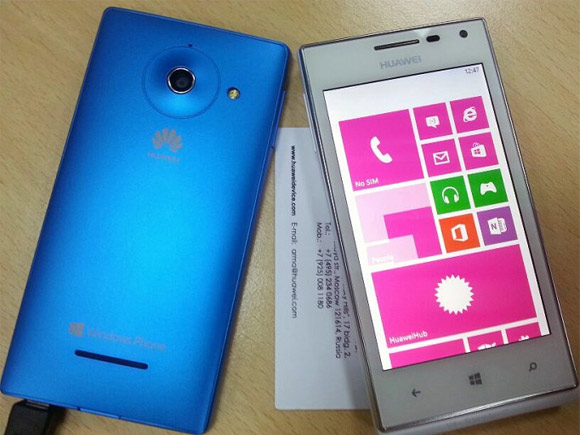 While specifications are yet to be officially confirmed, the Ascend W1 is rumored to pack a 4" WVGA display and a 1.2GHz dual-core Krait processor. The device is also said to feature a 2000mAh battery and NFC capability. At the back, there's a 5MP snapper, too.

Expected to make its debut at the Consumer's Electronic Show in January next year, the Ascend W1 rounds up as a promising entry-level entry into the Windows Phone 8 world. Sadly, reports suggest the smartphone is going to be initially available only in Asia.

listen everyone go with nokia lumia 620

You'll be spied on by the Chinese government if you use anything from this company. Big brother is watching you. Promote products produced in other parts of the world ... ehem. no suggestions just yet.

This is made in the same factories where the "american" iPhone is made, so either this is not so crappy or the iPhone is "chinese crap" as well...