The Huawei P10 duo may have been the star of the company's event in Barcelona, but EMUI v5.1 is also a big part of it. The new Emotion version, which premieres with the P10 and P10 Plus, will become available later on other devices as well, and it brings quite a few improvements. 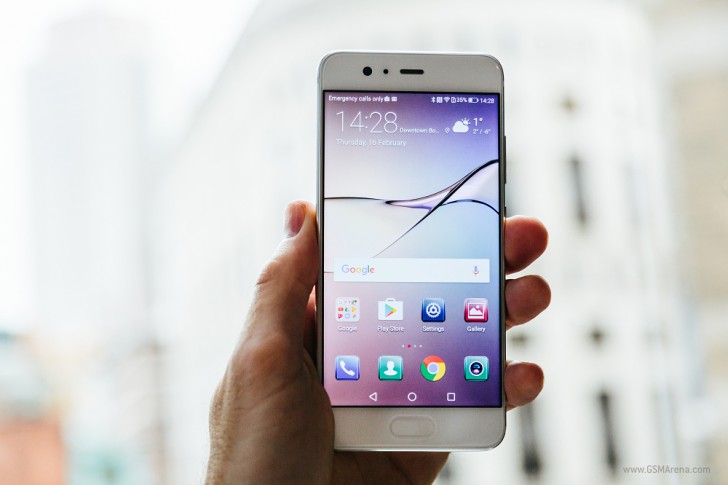 One of the big improvements in the EMUI 5.1 concerns the overall performance. Huawei has introduced new features such as Ultra Memory and Ultra Response.

Ultra Memory is a new algorithm with focus on recycling and thus it frees RAM faster. It also learns from your app habits and speeds up app launching/resuming by keeping what you consider important in the RAM. Ultra Response on the other hand allows for faster touch response thanks to a new driver. The screen will have lower touch latency and the driver adds support for predictive finger tracking. According to Huawei, their screens are now as fast and accurate as the iPhone's.

A feature we saw for the first time on the Huawei Mate 9 Pro is making its way onto every other Huawei to support EMUI 5.1. You will be able to get rid of the touch-sensitive Back and Tasks keys, and use the hardware Home key as a multifunctional tool. Once enabled - you tap for Back, hold for Home, or swipe for Tasks. There is also advanced gesture support on the key, where available, where you can assign some custom actions per gesture.

Highlights is a new gallery feature, which isn't new for Android, but is now making its way to EMUI's default gallery app. While your phone is idle, the gallery will index your photos and sort them by places and people. It will also generate video highlights from your best moments. All of these new features are available in the new Discovery tab.

There are also some improvements on the Calendar app, and some new sharing options. 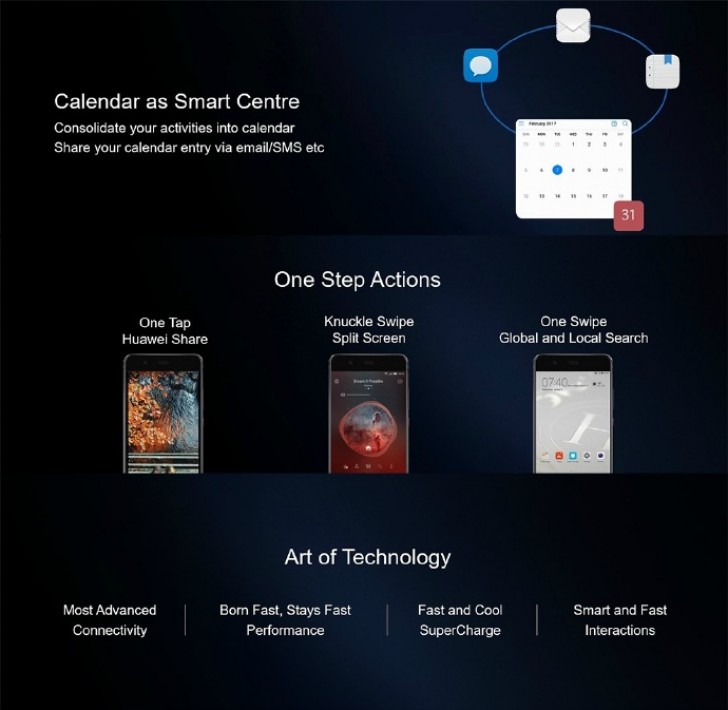 Finally, the default wallpaper of each Huawei phone will match its paintjob.

Those are the new features within EMUI 5.1. Huawei claims there are more than 12 million users relying on the EMUI 5.0 and it wants to improve their experience. The new launcher is kicking off with the Huawei P10 and P10 Plus. Huawei is yet to announce its availability on older smartphones.

if huawei make 1 button key action for mate 9 pro, what happen to right and left navigation key? cannot use anymore? current navigation is comfortable enough for me.

Because stock icons are boring

I agree. Those ugly icons looks like they were designed ages ago when stereoscopic 3D icons were the norm. Why is it so hard for Chinese UIs to adopt the simple flat stock icons.