After releasing the P20 Lite as the Nova 3e in a couple of Asian markets, Huawei has started teasing a new device. Dubbed Nova 3, the handset seemingly has a design similar to the P20 Lite on the rear. 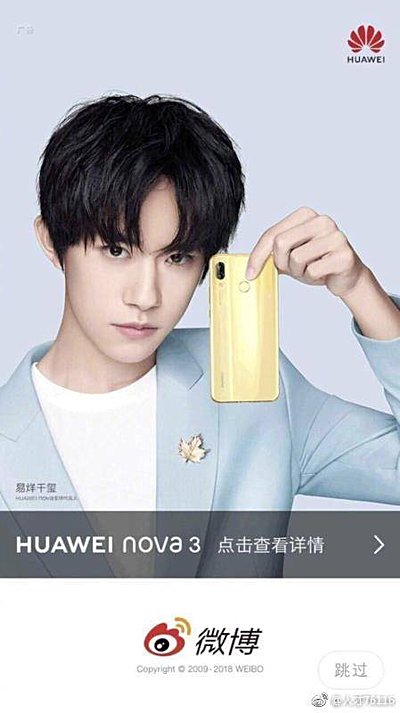 Sadly, the teaser image doesn't reveal the front of the device, so it's hard to confirm the presence of notch (although rumors of 19:9 display suggest there should be one).

What else the rumors say? The phone codenamed "Paris" is expected to be powered by Kirin 710 SoC, and run Android 8.1 Oreo. It is said to go official in July.

Why not just buy a phone that has all of that? The spec are provided on this website already, if you're only looking to complain then don't sugarcoat and get straight to the point, ffs.

That's your opinion, the phone is sold and advertised in China and Asian country, what appeals to their consumers would be the trending celebrities that they already have, why would they go out of their way to make a contract with a foreign model? ...

Yes, Kirin710 is appearantly a direct compatitor with the SD710